If everything you read on the internet is true, it looks like the doors of Downton Abbey just might re-open soon. While this has been a widely distributed rumor since Mr. Carson shuttered the doors back in March 2016, it seems to have picked up a great deal of steam this past week as there are reports that the Dowager Countess herself has signed on for the feature project. 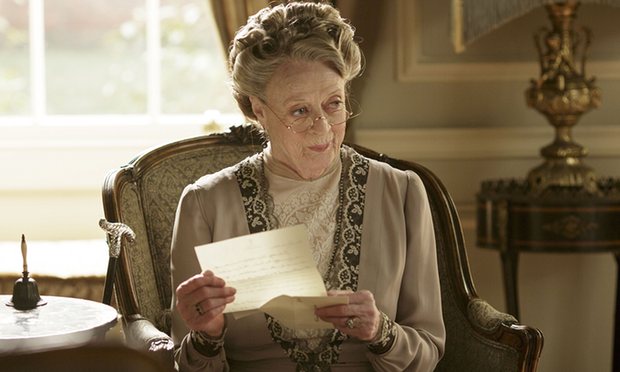 Seeming to confirm the report at a Bafta event this past week in Los Angeles, Michael Fox, who played friendly valet, Andy Parker, on the show, said that Dame Maggie Smith signing on meant the film would not only proceed – but be all the better for it. Ever since the series finale, there has been talk among the cast that they would love to be involved in a feature should Sir Julian Fellowes sign on to write.

Everyone but Smith, that is. The 2016 Emmy Award winner for Best Actress in a Drama for her role as Violet Crawley had previously been sceptical about the endeavour, saying a year ago she feared her character’s advancing years ruled her out of such an appearance. Smith told Graham Norton: “I can’t – what age would she be? By the time we finished, she must have been about 110. It couldn’t go on and on, it just didn’t make sense.”

Let’s hope miracles do happen and we hear of a Downton Abbey movie in the works soon!