Much like Downton Abbey with its endless rumors of their doors getting ready to close after each series, Sherlock has now reached internet immortality to where speculation runs rampant by dissecting each and every spoken word about the series trying to figure out the hidden meaning.

With DA, it was not only about the possible end times but with each series came speculation as to which character would suffer under Sir Julian Fellowes’ perceived enjoyment of killing off a member of the Crawley family just as they became the happiest person at Downton. First it was Lady Sybil and then, of course, it was poor Matthew who drew the short straw when he was just out for a Sunday drive.

Now, with Sherlock, you have the beginning of ‘is this the end’ talk coming out of a recent article in British GQ where Sherlock, himself, suggests that we might be ‘coming to the end of an era’. 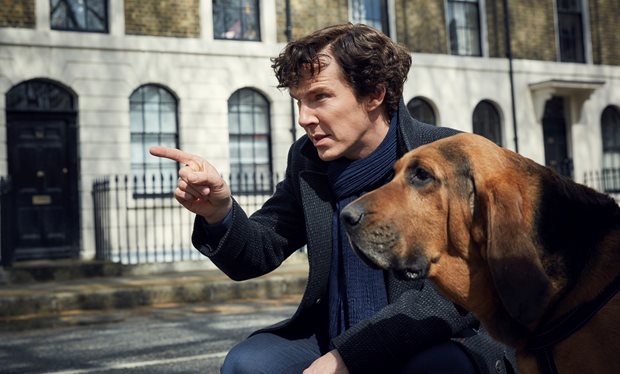 “It might be the end of an era,” said the star of Sherlock, Benedict Cumberbatch. “It feels like the end of an era, to be honest. It goes to a place where it will be pretty hard to follow on immediately.We never say never on the show. I’d love to revisit it, I’d love to keep revisiting it, I stand by that, but in the immediate future we all have things that we want to crack on with and we’ve made something very complete as it is, so I think we’ll just wait and see. The idea of never playing him again is really galling.”

It’s a day we all know will come at some point. And, as with Downton Abbey, we hope it never will, but it’s inevitable. Me? I’m going to hold on to the notion that all involved truly love what they created almost seven years ago more than we’ll ever know and that, at some point, we’ll see Sherlock 5. Just enjoy the ride for as long as it lasts.

Sherlock 4 returns to BBC and PBS in January 2017.