Forty-one years ago, today, on October 5, 1975, Poldark, with Robin Ellis as Captain Ross Poldark, premiered on the BBC. The popular series, which was based on the first four of Winston Graham’s Poldark novels and which also starred Angharad Rees, Jill Townsend, Clive Frances and Ralph Bates, went on to run for 29 episodes making up the two series produced by the BBC. 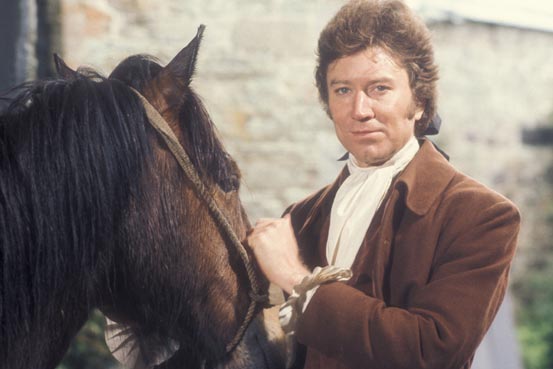 The seminal period drama series (apart from Upstairs Downstairs, of course, had its’ PBS premiere on the then-titled Masterpiece Theatre in 1977 where it was first introduced to American fans by series host, Alistair Cooke. Cooke, who hosted the series from 1971 to 1992, was Masterpiece Theatre. At the time, Upstairs Downtairs had come to an end in 1975 and fans were a bit desperate for the ‘next Upstairs Downstairs‘ and Cooke was there to bring it to them.

As you can see, not much has changed since 1977 as we fast forward to 2016 where it seems pretty clear that history is repeating itself with viewers, well aware that Mr. Carson has closed the doors of Downton Abbey, just might have found the ‘next Downton Abbey‘ in Poldark. Already commissioned for a third series, the BBC and PBS may just be on to something, once again.