If one Queen’s Speech of the Day isn’t enough for you next Christmas, you had best stick around as there will be another one Christmas night, courtesy of ITV and Mammoth Screen, producers of Victoria, Poldark, Endeavour, And Then There Were None and Black Work, among others.

Following last weeks news that Victoria, the current leader in the clubhouse in the ‘next next Downton Abbey‘ sweepstakes’, has been commissioned for a second series, comes word that viewers will be getting an early Christmas present in 2017 wrapped up in the form of a Victoria Christmas special that will air following series 2, which should hit your telly in Autumn 2017. 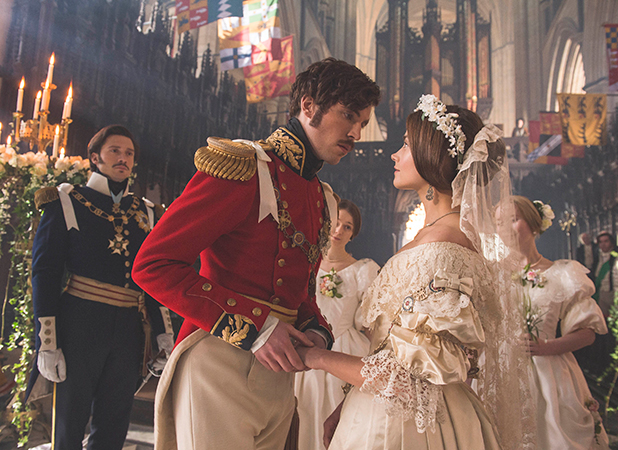 The period drama, which stars Jenna Coleman (Queen Victoria) and Tom Hughes (Prince Albert), will follow the model that worked so well for Downton Abbey, ITV’s most-watched period drama of all-time, which would traditionally air in the Autumn followed by a Christmas special for five of its six series. Let’s hope that screenwriter, Daisy Goodwin, took notes during series 3 of Downton and not feel the need to kill off anyone on the most festive day of the year.

As series one of Victoria comes to a close tonight on ITV, Goodwin recently teased what viewers can look forward to in series two. Series two will see the queen facing “…the very modern dilemma of how to juggle children with her husband and her job,” said Goodwin. I’m going to go out on a limb and say that the ‘modern dilemma’ will be a bit different given the fact that she is the Queen, after all.

American audiences should look for the premiere of Victoria on January 15, 2017 at 9pm ET/8pm CT on PBS.