Bill Bailey, an extremely familiar face to loyal and long-time viewers of Black Books, Never Mind the Buzzcocks, Have I Got News for You, and QI, will be returning to the world of situation comedy in the not-too-distant future for a BBC pilot set in a wildlife park in the west of England.

According to the British Comedy Guide, Safari (the show’s working title) will see Bailey play “the aristocratic, slightly baffled curator and owner of the park”. Written by Bailey, the show’s setting, and Bailey’s character, has clear parallels with real life aristocrat Lord Bath and his safari park at his Longleat estate in the west of England, between Bath and Salisbury. 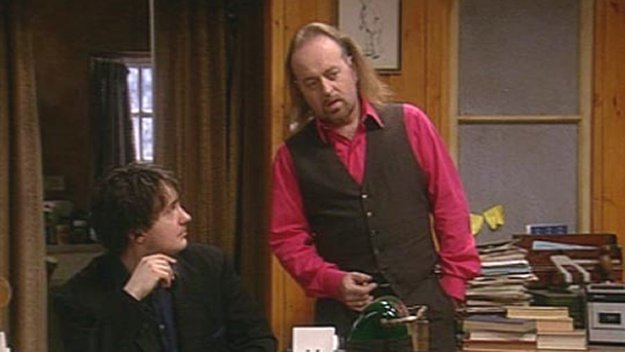 An avid wildlife enthusiast, Bailey has presented documentaries such as Bill Bailey’s Birdwatching Bonanza, Baboons with Bill Bailey and Bill Bailey’s Jungle Hero. His latest book, “Bill Bailey’s Remarkable Guide To British Birds”, will be released later this month. Aside from his brilliant performance in Black Books and his lengthy work on numerous panel shows, Bailey has kept his telly appearances to a minimum with guest roles in Spaced, Doctor Who, Hustle and Skins.

Also a talented pianist and guitarist, Bailey tours extensively in England, Australia and New Zealand. Just in case you aren’t familiar with the greatness that is Bill Bailey, here’s a brief look at a bit of his work on the piano as Manny Bianco in Black Books with Dylan Moran.

Welcome back, Bill Bailey. We’ve so missed you on the telly.