One of the brightest spots in the drama category at the BBC Showcase in Liverpool earlier this year was The Durrells. Based on ‘The Corfu Trilogy’, three autobiographical novels (which include ‘My Family and Other Animals’) by environmentalist Gerald Durrell, The Durrells is set on the Greek Island of Corfu in 1935, and follows the adventures of Gerald and his family as they make Corfu their home. 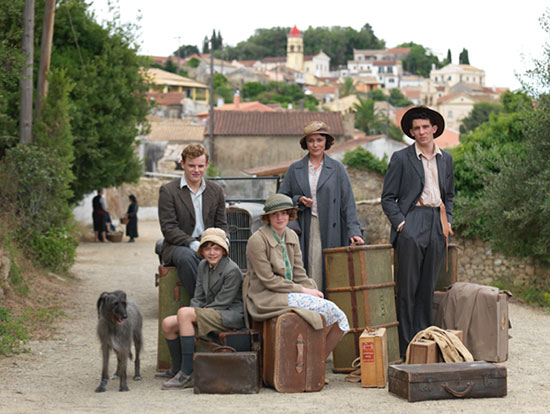 Gerry, 11, is about to be thrown out of school; Larry is a would-be novelist but the worst real estate agent in Bournemouth, and the middle two are hitting adulthood like a car-crash. It is the 1930s, and a woman’s options are pretty limited so Louisa decides to take them all to the untamed paradise that is Corfu, a distinct contrast from their life in England.

The first set of 6, one-hour episodes follows the Durrell family as they adjust to their new life meeting new friends, rivals and lovers along the way. The Durrells will become part of the PBS drama catalogue on Sunday evenings beginning tonight at 8pET/7pCT which, combined with the current Sunday line-up of Poldark and Indian Summers, is stacking up to be full of put-on-the-calendar viewing on PBS starting….NOW.