In a week when news surfaced that Miranda Hart had landed her biggest Hollywood role to date in Disney’s The Nutcracker and the Four Realms, it turns out that the gig alongside Helen Mirren, Keira Knightley and Morgan Freeman isn’t the most exciting news when it comes to where we might see the star of her self-titled, self-penned and semi-autobiographical sitcom Miranda next. 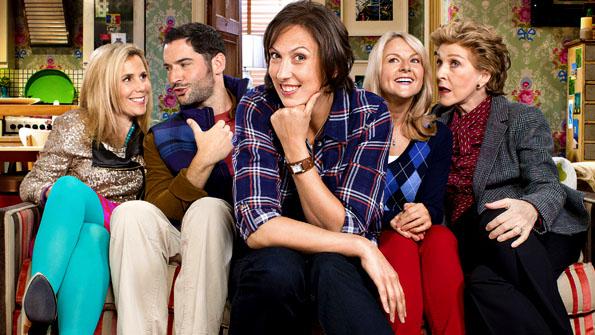 In an interview with The Telegraph recently, Miranda‘s co-star Sarah Hadland, who plays best friend Stevie, has hinted that there could be more to come for their hit TV show. With rumors of a Miranda movie circulating, Hadland clarified: “I can say there will be something“.

With the recent news that Miranda has joined the cast of Disney’s The Nutcracker and the Four Realms, sadly, it looks like this is the reason behind why has scrapped plans to return to Nonnatus House for the forthcoming sixth series of Call the Midwife.

While a Miranda movie rumor is definitely worth waiting through an endless supply of Tilly’s “bear with’s”, there is the possibility that she is talking about a one-off TV special or a charity sketch for upcoming Children in Need. Whatever it is, it will definitely be worth the wait.