This is quintessential Cleese. The British comedy legend recaps series 1-6 of The Walking Dead in rapid fire fashion ahead of the series’ seventh season which heads back to our collective small screens this weekend. Given the fact that there isn’t enough clock time between now and Sunday’s S7 premiere, how very thoughtful of Mr. Cleese to provide this timely recap as it encompasses everything you need to know about the forthcoming zombie apocalypse AND you get almost 4 days of your life back.

In addition to saving you some 83 hours of last-minute binge watching in the event you are just boarding The Walking Dead bus, Cleese also generously offers up four very important life lessons, a.k.a. rules for watching The Walking Dead, such as, “Lesson 3: Never look at the flowers.” This reminds me of a very important life lesson I learned some years back when watching a Dutch film, De Lift, about an intelligent yet murderous elevator that went on a killing spree. The lesson learned, as pointed out in the film’s promotional material, was simple…Next time, take the stairs. 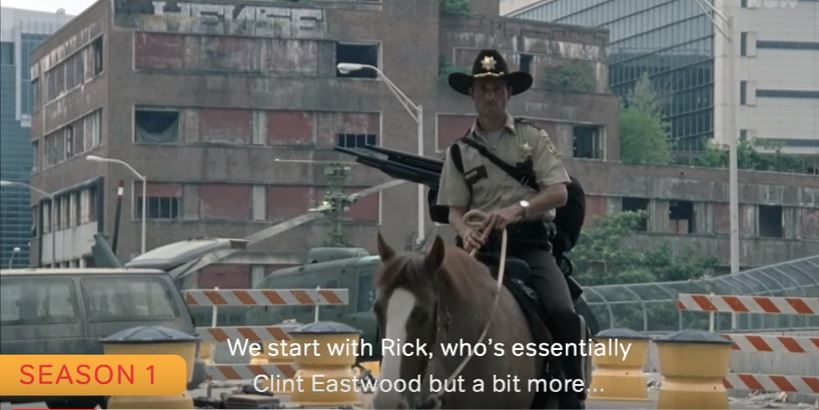 Cleese’s recap of the series’ 83 episodes, spanning 6 series from 2010-2016, does give endless possibilities, however, to a possible new version of the Python’s iconic Dead Parrot sketch. Just think, the Bolton (or is it Ipswich) shopkeeper would never need to nail the Norwegian Blue to the perch as it would never be bereft of life, never push up the daises and would never have to visit the choir invisible. Enjoy.

S7 of The Walking Dead premieres Sunday, October 23 on AMC or Monday 24 October at 9pm on FOX International.