Even the NCAA knows enough to not go up against the return of the world’s greatest consulting detective as, magically, there are no bowl games on New Year’s Day this year. There are games December 31 and games on January 2 but nothing on January 1, 2017. Even they know when it’s time to throw in the towel as they will all be home watching along with the rest of the U.S.! 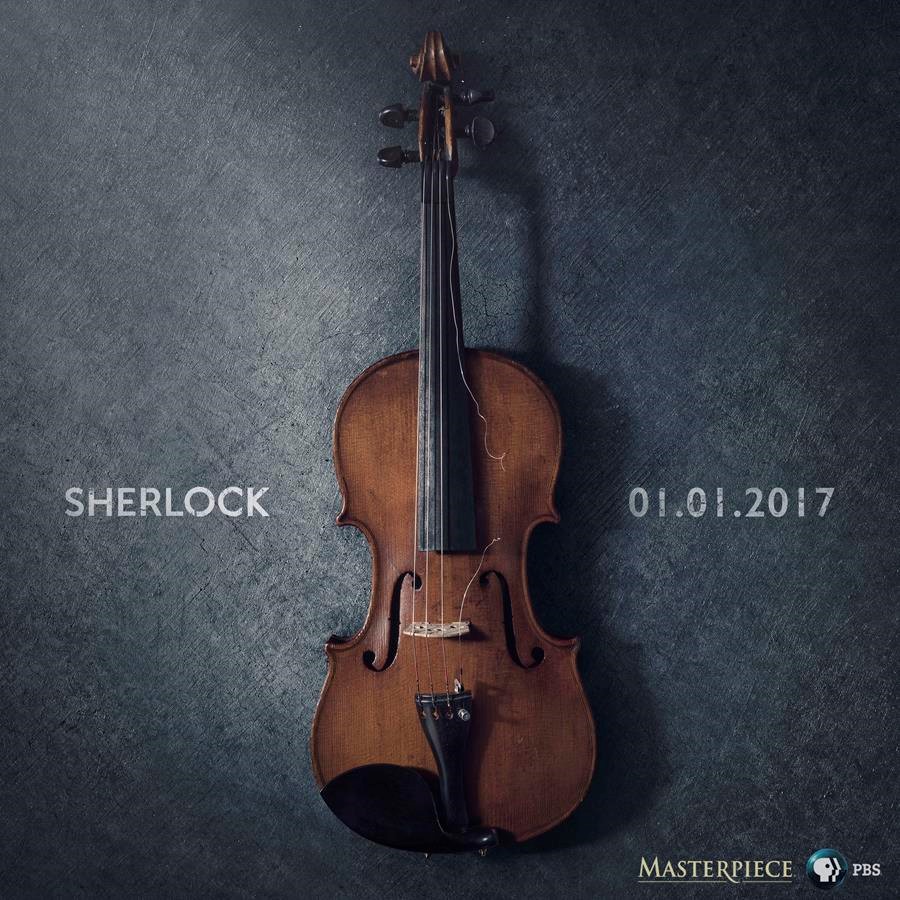 It seems like an eternity since we last saw Sherlock. And, it has been if you don’t count the little Steven Moffat/Mark Gatiss gift last New Year’s Day with the one-off special, “The Abominable Bride”. As we know, the forthcoming series promises that “…everything they know will be tested” and teases an intense, somewhat action-heavy fourth season that seems closer to what one might expect from a John le Carré novel than from the pen of Sir Arthur Conan Doyle.

The teaser also suggests that  “…something’s coming. Maybe it Moriarty, maybe it’s not. But something’s coming.” Co-creators/writers, Steven Moffat and Mark Gatiss have long teased a much darker Sherlock than fans of the series have been accustomed to throughout the first three series.

While not revealing much in the way of plot lines, those behind the Sherlock cameras (Moffat, Gatiss and Executive Producer, Sue Vertue) first tossed out their customary three maddening clues for young detectives worldwide to begin to set the internets on fire with speculation. The three clues were “Thatcher,” “Smith,” and “Sherrinford.” The clues were then ‘officially’ followed by the titles of the first two episodes which were revealed as “The Six Thatchers” and “The Lying Detective”.

Just in case you need something to tide you over until New Year’s Day….