With Halloween fast approaching, there are many different kinds of scary when it comes to movies. From Jaws-scary to Psycho-scary to Texas Chainsaw Massacre-scary, tastes vary and levels of fright vary. As you begin to make your Halloween horror movie binge-watching selections for this weekend, you might want to think about staying home to watch the likes of The Exorcist, Halloween (the original, of course), Alien or even the great Killer Clowns from Outer Space this year. 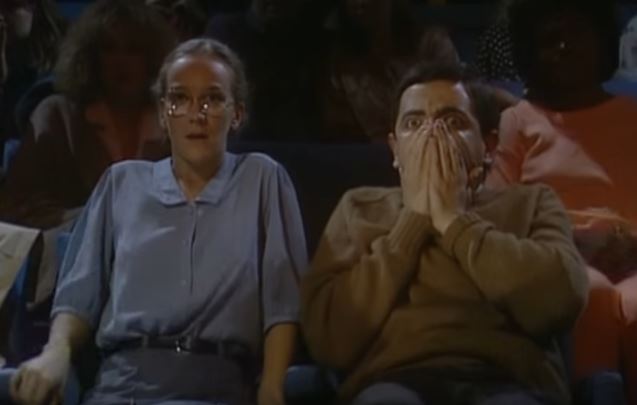 In this 1990 episode from the Mr. Bean series, “The Curse of Mr. Bean”, everyone’s favorite British comedian subjects himself to the unsuspecting movie theater crowd and has some issues with the likes of Nightmare on Elm Street, part 5 which seems to be the traditional scary movie of choice these days. Within the episode, Mr. Bean, brimming with confidence, takes his new girlfriend to the film and it’s not a pretty sight once the lights go down for Mr. Bean and those around him as you can see in this clip….