It’s official. There is nothing Benedict Cumberbatch cannot do. After seeing the star of Sherlock and Doctor Strange this past week on The Tonight Show with Jimmy Fallon, I am convinced that the party word game, Mad Libs, was invented in 1953 by Leonard Stern and Roger Price with Benedict Cumberbatch in mind. 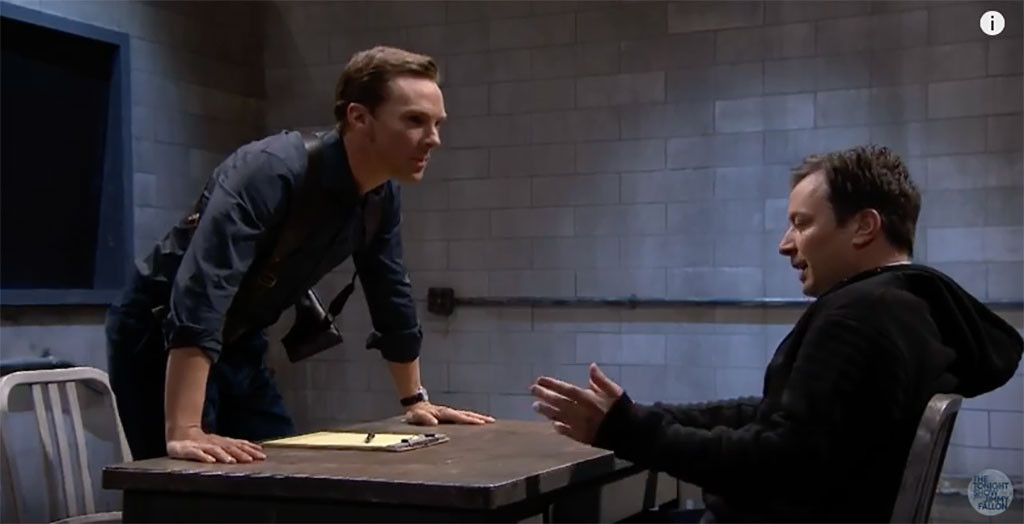 Days ahead of his Saturday Night Live hosting gig last night, the Sherlock star gave an Oscar-worthy performance complete with a spot-on New York accent. He and Fallon had created the scene earlier with a series of ‘Mad Libs’ which included a carefully crafted ‘verb ending in …ing’, an animal, a body part, country, movie quote and number among others. After getting into costume, the duo headed to a police interrogation room and let the scene between a policeman (Cumberbatch) and a thief (Fallon) unfold using the words they had just collected.

Even though Cumberbatch dropped by as part of his Doctor Strange promotional tour, I’d be open to have the Tonight Show host make this an regular bit much like he did with his brilliant Downton Sixby sketches over the last several years. What do you think?