This Spring on PBS, a group of 21st-century people will board a time machine and move into a Victorian tenement that has been painstakingly brought back to life in the heart of London’s East End. Hosted by British television journalist, presenter and producer, Michael Mosley, The Victorian Slum is what the concept of reality television was invented for or, as it should rightfully be referred to on PBS, the ‘living history genre’. 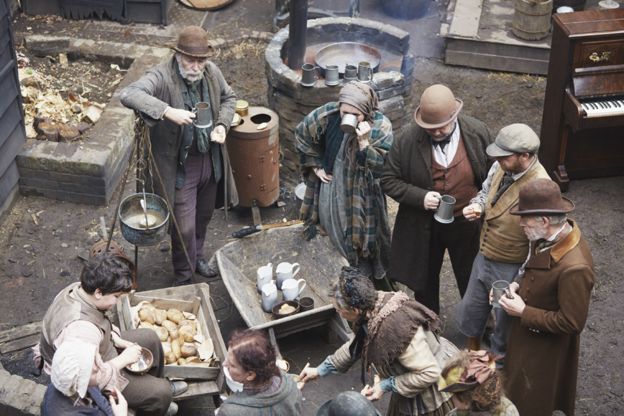 While the series is definitely an interesting social experiment, the concept of a Victorian slum way of life that included hunger, drudgery and squalor isn’t as apparent. Each of the participating families do, however, discover that the horrors of making ends meet to pay for bed and board is quite a bit harder than it was for those that lived in the opposite end of the Victorian era spectrum where the monarchy sat atop society’s apex. 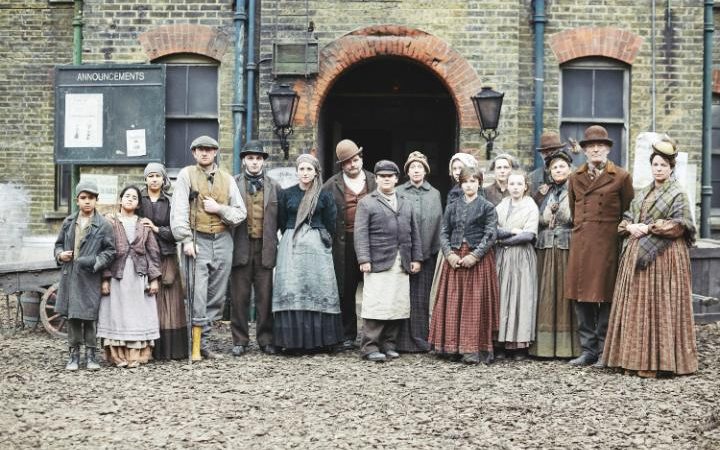 Earlier this year, one corner of the East End of London traveled back to the late Victorian era, a time when East End poverty began to make the headlines. For three weeks, modern-day Britons made it their home, experiencing the difficult living and working conditions endured by the millions that made up the urban poor in Victorian Britain. In a world with no safety net they’ll be expected to earn enough to put food on the table, pay their rent and keep the roof over their head.

The Victorian Slum will chart the story of what life was really like for poor Victorians and through this immersive experience participants and viewers will discover the surprising and complex history that changed Britain’s attitude to poverty forever.

As with earlier efforts from the BBC and PBS, families, couples and individuals will live side by side in one large Victorian building for three weeks. Their new home will be divided up into modest dwellings, there will be workshops and even a slum shop, but there will also be a doss-house containing make-shift beds for those who haven’t scraped enough together to pay their weekly rent.

They’ll start their journey in the 1860s, when the plight of the poor was largely ignored, and they’ll experience the economic downturn, mass immigration and acute housing shortages that came with later decades until the East End slums reached crisis point. It would take tabloid journalists, philanthropists, social scientists and the East Enders themselves to effect change. The slum-dwellers will learn first-hand the role their forebears played in kick-starting the welfare reforms of the early 20th century that some argue were the very first moves towards a welfare state.

Over the course of the series, the slum dwellers will eke out a living through traditional trades like tailoring, candle-making and wood-turning and, like their Victorian forebears, they’ll take to the streets to sell flowers, food and soap to modern Londoners.

The Victorian Slum will chart the story of what life was really like for poor Victorians and through this immersive experience participants and viewers will discover the surprising and complex history that changed Britain’s attitude to poverty forever. Reality television as it should be….

The Victorian Slum premieres May 2017 on PBS!