For this year’s Christmas gift from the Doctor Who side of the family, writer and showrunner Steven Moffat has created a Superman-esque hero, played by Orphan Black‘s Justin Chatwin, to go with our favorite traveling Time Lord in this year’s special episode, “The Return of Doctor Mysterio”. 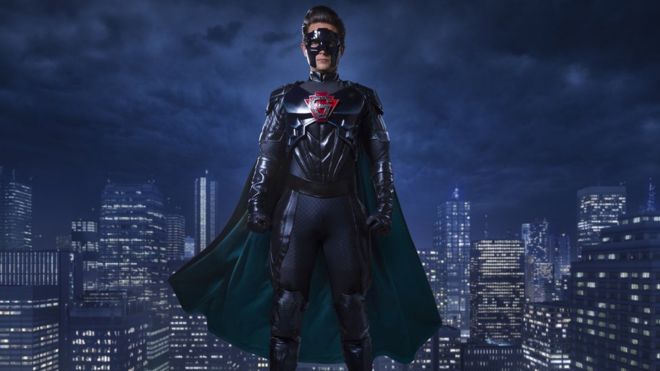 Sadly, even though it’s the holiday season, the Doctor’s work is never done as they attempt to save New York from an alien threat.  “I’ve always loved superheroes and, this Christmas, Doctor Who dives into that world,” said Moffat. “My favorite superhero is Clark Kent. Not Superman, Clark Kent.“

The special will also see the return of Matt Lucas as Nardole, the slightly off-center cyborg who previously made life hell for The Doctor in last year’s Christmas special ‘The Husbands of River Song’. It does appear clear that The Doctor will, once again, be flying solo this Christmas as a full 10th series of Doctor Who will follow in 2017, with Pearl Mackie joining the show at that point as the traveling Time Lord’s new companion, Bill.

The Doctor Who Christmas Special has long been a staple of the holiday season. In addition to the Christmas Day broadcast on BBC1 and BBC America, for the second year in a row, Fathom Events and BBC Worldwide invite you to enjoy a very special two-night presentation of Doctor Who: The Return of Doctor Mysterio in select cinemas nationwide on Tuesday, December 27 and Thursday, December 29. Plus, there will even be an exclusive introduction and a behind-the-scenes look at the making of the special. For tickets and participating theaters, visit http://bit.ly/DoctorWho_Mysterio

Doctor Who: The Return of Doctor Mysterio will air Sunday, 25 December on BBC1 and BBC America and in theatres nationwide on Tuesday, 27 December and Thursday, 29 December.