Normally, when the guys from Top Gear were issued a challenge, something gets destroyed. Series 21 of the long-running motoring show was no exception. In episode one from 2014, former series hosts Jeremy Clarkson, Richard Hammond and James May drove their 1980’s hatchbacks around a specially designed course in the aisles of a supermarket, to see who could get round the quickest in Supermarket Sweep in Hatchbacks. The setting for Top Gear‘s decadent challenge was Valco, the specially-built supermarket set for the Sky television series, Trollied. 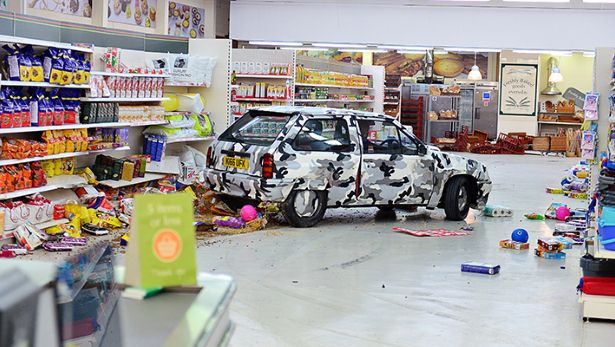 What made this worthy of re-mentioning several years after the fact is that while Top Gear continues to struggle to find its way now that Messrs. Clarkson, Hammond and May have since departed, Trollied is still going strong with 61 episodes in the can, having just returned for its sixth series earlier this month on Sky 1.  Sadly, the fake supermarket located at The Bottle Yard Studios in Bristol didn’t fare so well in the high-profile challenge segment.

Fortunately, it didn’t look like the damage was too severe and ‘Valco’ is open and ready for the premiere of series 6 of Trollied, starring Jason Watkins, Chanel Cresswell and Stephen Tompkinson. 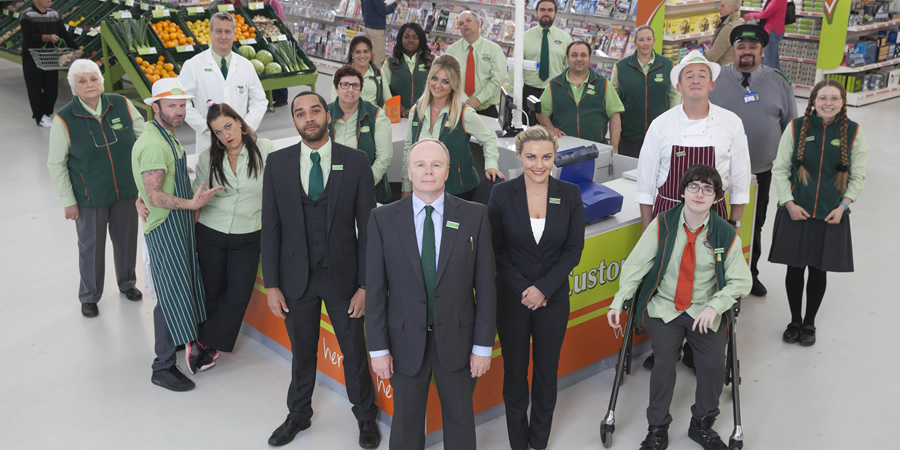 The main star of Trollied fared much better than the shopping mall challenge several years earlier which saw Jeremy Clarkson take a Ford Fiesta on a collision course with a very persistent Corvette.