The Parkers were able to survive the holiday season despite Ralphie getting his ‘perfect Christmas wish’ of a Red Ryder BB gun. The Griswolds’ hopes of having a ‘good old-fashioned family Christmas’ would not be dashed despite having to deal with cousin Eddie and family. Ever wondered if and/or how the Brockman family would survive Christmas? Well, now you can as the BBC has announced that the family we all watched grow up before our eyes, the Brockman’s, will return this Christmas for an Outnumbered one-off holiday special. 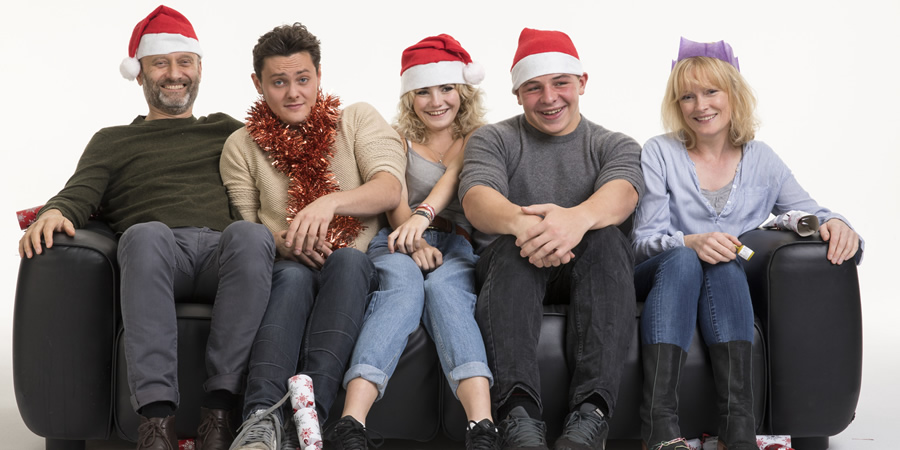 While it has been some time since we last visited the Brockman household, it won’t take you long to remember Pete (Hugh Dennis) and Sue (Claire Skinner) as they struggled to control some of the most unruly children on the planet. There was Jake (Tyger Drew-Honey) living in a 15-year old world filled with sarcasm and an obsession with girls, Ben (Daniel Roche), a hyperactive, pathological liar who lives for hypotheticals and Karen (Ramona Marquez), a precocious 9-year old who asks too many questions and who imitates a lot of what she sees on television. From the outset, the adult Brockmans never stood a chance.

With terrifying reminders of the episode where the family is stuck in an airport for a lengthy 8-hour flight delay and having to watch the family deal with Ben who has discovered the joys of caffeine, the new 40-minute episode will be set on Boxing Day where, fittingly, the Brockman’s are stuck in a car while attempting to carry out a special mission for Grandad. Along the way they encounter car problems, child problems, parent problems, emotional problems and World War Two. If the adults can’t sort things out the children will have to. Like all families, everything has changed and everything remains the same.

While there was nothing really new to the equation of this concept in situation comedy, Outnumbered was different….and brilliant. What made it brilliant is also what caused it to not be to everyone’s liking, including critics. The cool thing about the series is the semi-improvisational scripting with much of the children’s parts unscripted. The writers used the improvisation in order to achieve convincing performances from the child actors, creating a realistic portrayal of children and family life. Hugh Dennis explained that, “In most sitcoms all the lines for children are written by adults. So they are speaking the words of people 30 years older. And you really want kids to have their own voices, and say their own things.” Through five series, it worked to perfection. The question of the day will be how it works when, from the looks of the pic above, the kids are bigger than the adults and are all grown up.