In what seems to be yet another instance of art imitating life (or vice versa), series 2 of the forthcoming BBC1 thriller, Doctor Foster, will experience a two-year leap from the end of series 1 storyline. It was Fall 2015 when Suranne Jones brought seemingly ‘happily married’ Gemma Foster to life as she set out to expose her husband’s affair with his younger mistress Kate Parks, the daughter of one of her patients no less.

According to this exclusive from Digital Spy, series 2 will reunite Jones and Jodie Comer (Parks) and will reveal more about ‘the other woman’ and her perspective on things when it transmits in 2017. 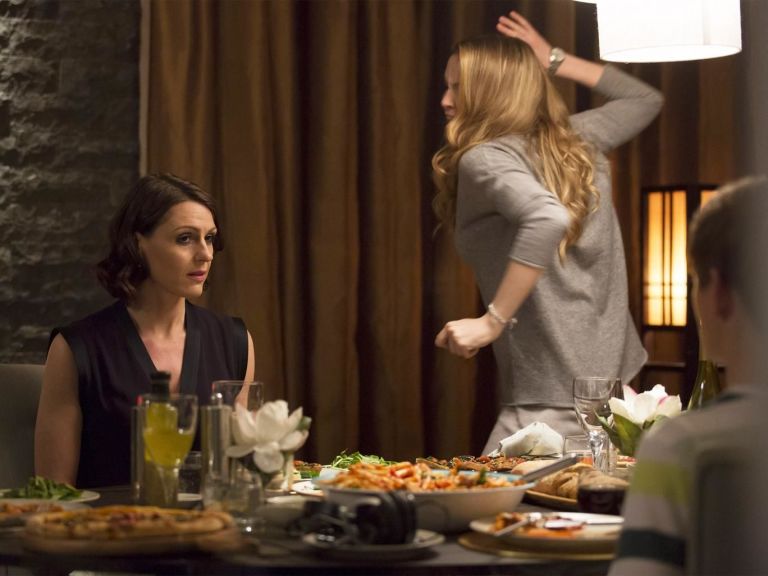 Jones, the 2016 BAFTA Best Actress winner for her role in Doctor Foster, told Digital Spy that while she didn’t sign on for series 2 immediately, the idea as to where Award-winning writer Mike Barlett was taking the series convinced her to reprise her role. “It was because my story had finished,” Jones told Digital Spy. “But then when they told me what they wanted to do with it, I felt that nothing had been done on television like it.” The new episodes will explore “…what happens to a woman after divorce, deceit and revenge has taken its toll“, according to Jones.

Comer sounded equally as excited at the thought of the shift in energy for series 2. “The amazing thing about series one was the build-up,” she said. “It was such a build-up to that final episode, but that’s happened now and the story’s moved on. People have changed, time has passed – we pick up the series two years later on.”

On the outside chance you fall into the category of those few that haven’t seen the first series of Doctor Foster, you’ll get no spoilers here but, fortunately, you do have a few weeks before series 2 premieres on BBC1. That little get together during the series 1 finale where Gemma finally exposes Simon’s infidelity and dodgy business dealings to Kate’s parents over a painfully fraught dinner is priceless.