With the fourth season of A Place to Call Home having just concluded this past Sunday on Foxtel in Australia, American fans of the series begin to breathe easy with the knowledge that the new season of what has been called the ‘Aussie Downton Abbey‘ is just around the corner on American public television stations. 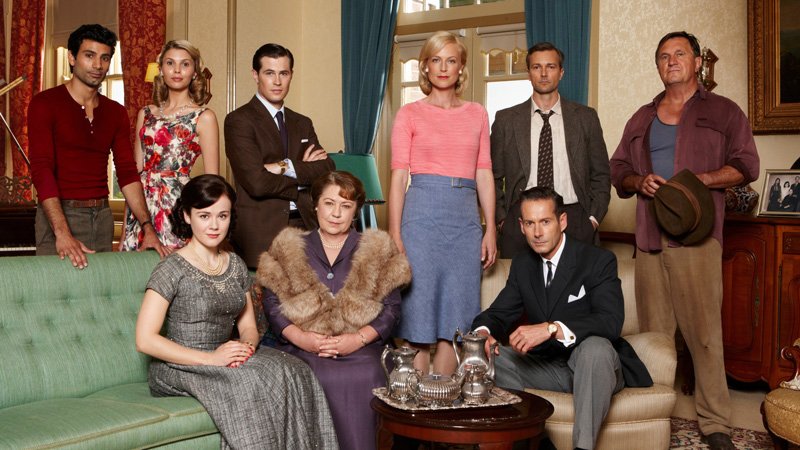 Without divulging too much from a storyline standpoint, season 4 picks up where season 3 ends with the residents of Ash Park and the town of Inverness affected by two contrasting social issues in 1954. The first is the conservative wave of fear generated by the ‘Reds Under the Beds’ scare surrounding The Petrov Affair. The second is the wave of liberal change that opened up new social and moral choices of Australians at the time. Taking a page out of the highly successful BBC1 Call the Midwife playbook, there’s definitely a history lesson or two buried deep inside the roller coaster world of the Bligh family.

Fans of the series will hardly be surprised to hear that Jenni Baird takes her character, Regina, to the next level in season 4 continuing her cold, bitter and scheming ways to weave another tendril around George raising the tension level at Ash Park to epic proportions.

Never satisfied with the ‘good and happy’ place Regina finds herself in, she and Sarah are on a path that can’t help but not end well for someone, George is in full-campaign mode, James finds challenges everywhere he turns, Olivia confesses, Carolyn’s fragile state becomes challenging for Jack, who begins to embrace life and love in a whole new way, while Anna continues to grow in her relationship with Gino. Not to worry, however, as Doris Collins (Deborah Kennedy) continues to be as busy and involved as humanly possible when season 4 heads to the States in 2017!

Stay tuned to Tellyspotting soon for an exclusive interview with series star Marta Dusseldorp and real-life husband, Benjamin Winspear, who played Dr. Rene Nordmann in the series. In the meantime…

A Place to Call Home S4 makes its way to public television stations beginning in early 2017.