When the most recent picture was released last week show a flooded out 221b Baker Street, the Internets hair was set on fire with thoughts of will this be the end of the most famous address with the exception of 10 Downing Street and 165 Eaton Place.

This conclusion was ‘elementary’, to say the least, but if you know series co-creators/writers, Steven Moffat and Mark Gatiss, they were just getting started with the misdirection that is getting ready to occur between now and New Years Day. Thankfully, Radio Times‘ Paul Jones donned his deerstalker, opened up Photoshop and put forth an effort that would make the world’s most famous consulting detective very proud to discover a few Easter eggs left by the mind palaces of Moffat and Gatiss. 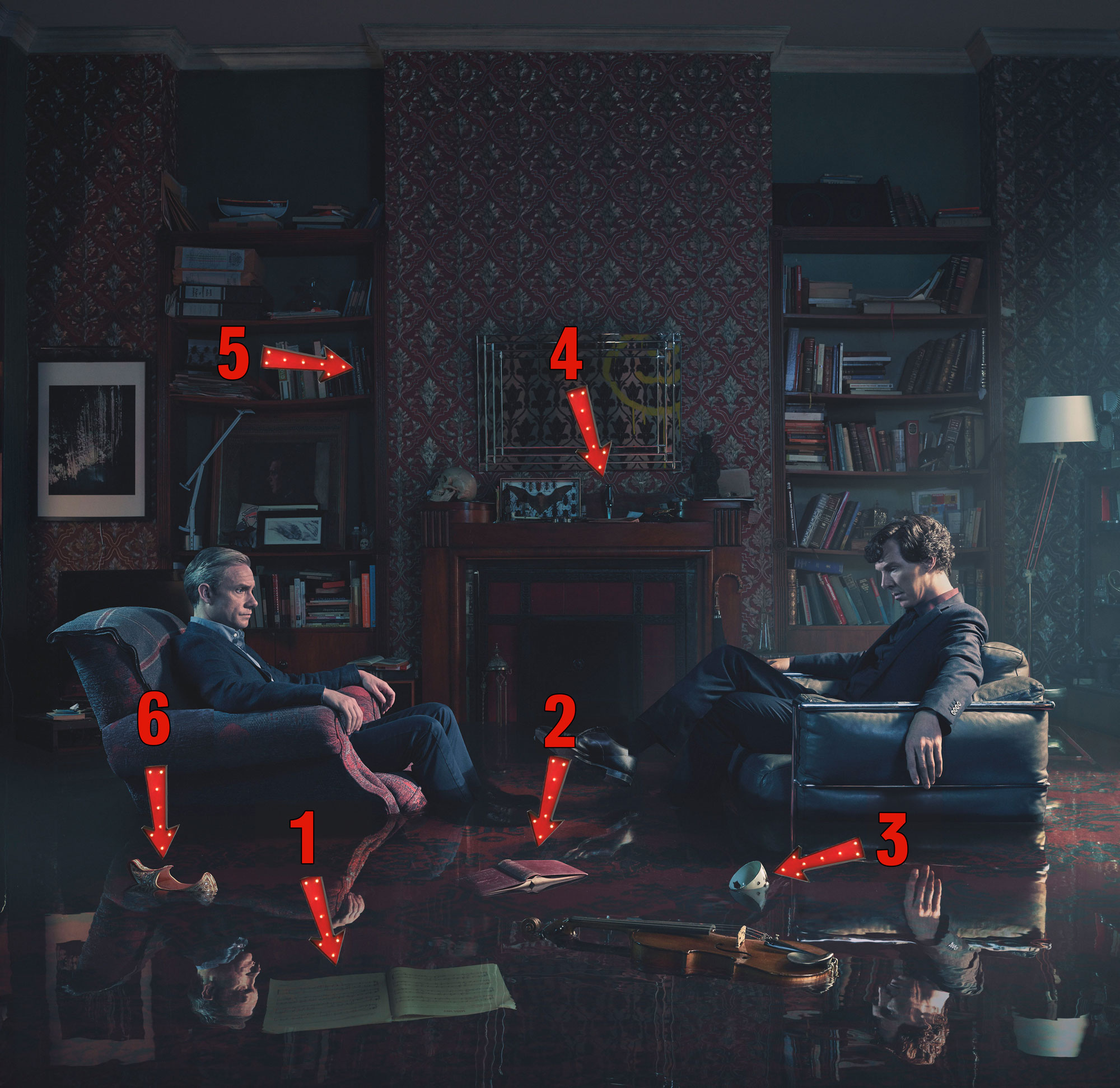 Thanks to Jones’ mastery of Photoshop, here are a few clues (complete with accompanying close up pics) that might tell us a bit more about what’s in store for us and who we might see during the forthcoming fourth series. 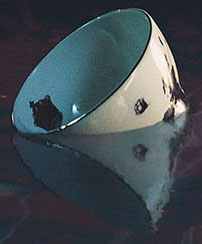 A nod to a Doctor Who character

Clues to the final episode, perhaps?

This is where Radio Times’ Paul Jones definitely earns his salary. 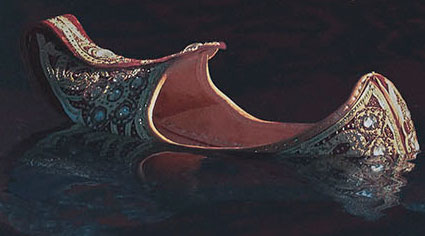 While Jones notes that “The Adventure of the Musgrave Ritual” is among his most favorite Arthur Conan Doyle stories, it’s also considered to be one of Mark Gatiss’ favorites and centers around an ancient family riddle that leads to buried treasure.

Since both Moffat and Gatiss have remained very tight-lipped with regards to the third and final episode in series 4, (remember, we don’t yet have a title or any details of the third and final episode of Sherlock series four yet), Jones begs the question as to would it be too much to think that these could be hints that this might be the clue we’ve been waiting for for the last episode?