Based on Shakespeare’s four distinct works, Henry VI, part I, Henry VI, part II and Henry VI, part III (condensed into one film), and Richard III, the second installment of The Hollow Crown franchise premieres tonight on PBS and features a cast that reads like a who’s who in British acting. 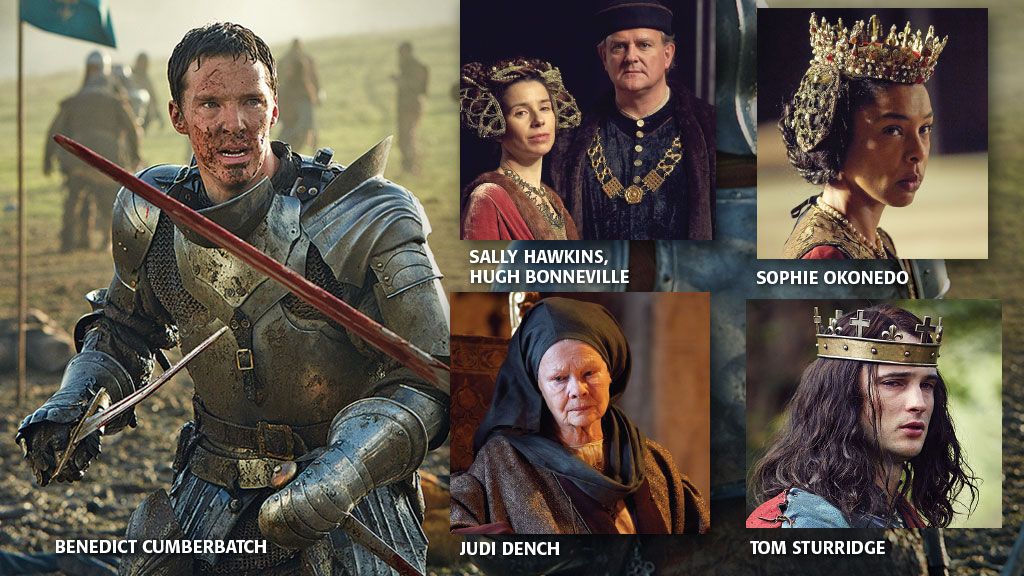 Subtitled “The Wars of the Roses” and premiering tonight on PBS as part of the Great Performances series, Shakespeare’s first tetralogy will star Benedict Cumberbatch as Richard III, Sophie Okonedo as Queen Margaret, Hugh Bonneville as Gloucester, Keeley Hawes as Queen Elizabeth, Dame Judi Dench as Cecily, Duchess of York, Michael Gambon as Mortimer, Philip Glenister as Talbot, James Fleet as Hastings and Andrew Scott as King Louis just to name a few.

Scheduled for broadcast beginning tonight on PBS, the second cycle of The Hollow Crown: The Wars of the Roses was created as part of the wider BBC celebration of 400 years since Shakespeare’s death. Airing Sundays, December 11, 18 and 25, it will lead perfectly into the new Sherlock episodes that have now officially been teased for a January 1, 2017 premiere.

Once again, it’s hard to find words to describe the next chapter in the book on Benedict Cumberbatch when it comes to his acting ability. It was 2004 when I first ran across the star of Sherlock in the television film, Hawking, where he brilliantly portrayed the theoretical physicist, Stephen Hawking, during his early years as a PhD student at Cambridge University, his search for the beginning of time and his struggle against motor neuron disease.

His career has done nothing but skyrocket from that moment whether it be on stage, on screen or in the world of voice and motion capture (Smaug and Necromancer, The Hobbit). In February 2011, I had the great good fortune to see Benedict Cumberbatch at the Royal National Theatre in what had to be one of his most challenging roles to date in Danny Boyle’s Frankenstein where he played both Victor Frankenstein and the Creature, alternating nightly with his ‘American’ Sherlock Holmes counterpart, Jonny Lee Miller.

Now, Benedict Cumberbatch’s performance has been hailed as “extraordinary” for his turn as Richard III in the latest edition of BBC’s The Hollow Crown, with many dubbing it nothing short of a “masterclass in acting”.

The Hollow Crown: The Wars of the Roses premieres tonight at 9p ET/8p CT on PBS as part of the Great Performances series