Perhaps either taking a page from former husband Lenny Henry’s brilliant portrayal of culinary genius, Gareth Blackstock, in the comedy series, Chef, or remembering her portrayal of Geraldine Granger and her love of all things food-related in Vicar of Dibley, Dawn French has signed on for a new Sky1 comedy series, Delicious, premiering Christmas Day on Sky1. Joining French in Delicious will be Silent Witness star Emilia Fox, Game Of Thrones actor Iain Glen and veteran theater and television actress Sheila Hancock. 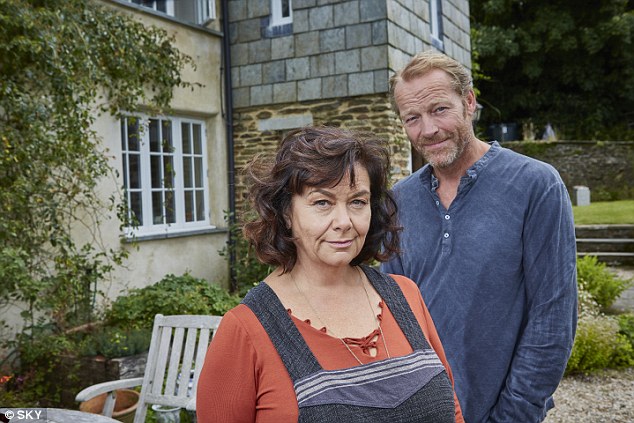 The 4-part series, written by Dan Sefton (Mr Selfridge, Death in Paradise, Secret Diary of a Call Girl), will see the former Dibley vicar star as Gina, a passionate cook who was once married to Leo Vincent, a successful entrepreneur, chef and hotel owner, with whom she shares a daughter. Leo made his fortune from his exceptional Italian cooking. Leo definitely owes much of his success to Gina’s exceptional cooking, but since leaving her for the glamorous Sam (Fox), his business has continued to thrive at the idyllic Penrose Hotel in the Tamar Valley. Now, here’s where you’re going to have to follow me really close…

Sounding like more drama than comedy (FYI, I hate the word dramady), Delicious looks to be more of a story about  love, heartbreak and female friendship rather than food. According to press material, the series will attempt to answer the age-old question of, “When your best friend is your husband’s ex – can you ever really be friends or will your secrets eventually overwhelm you?”

When it rains, it pours…

Having not seen much from Dawn French in the sitcom arena since her short-lived series with Alfred Molina, Roger & Val Have Just Got In, it’s good to see her telly dance card filling up for the foreseeable future. In addition to Delicious, Emma Kilcoyne and Beth Kilcoyne, who wrote Roger & Val Have Just Got In in 2010 are working on an adaptation of French’s best-selling debut novel, A Tiny Bit Marvelous for ITV.

The book tells the story of a dysfunctional family. About to turn 50 and mum to two helpless, hormonal teenagers, Mo Battle is on the verge of a crisis. Her 17-year-old daughter Dora blames Mo for pretty much everything and Peter who believes he’s quite simply as darling and marvelous as his hero Oscar Wilde. She’s about to do something unusually wild and selfish, which will leave the entire family teetering on the edge. Somewhere, keeping quiet, is Dad… who’s just, well… Dad. Will the family fall? Or will they, when it really matters, be there for each other?

Welcome back, Dawn. Now, if you could just get that Bishop of Dibley project up and running….