The long-awaited return of Last Tango in Halifax finally made it to BBC1 last night (and tonight at 9p) as the popular British romantic drama starring Derek Jacobi and Anne Reid kick-started the holiday telly schedule with a new 2-part special. As UK viewers will attest with last night’s premiere, the new series does not disappoint as the Sally Wainwright penned series about the septuagenarian lives of Alan and Celia and their respective families continue to overflow with drama and the appropriate amount of ensuing chaos in tow. 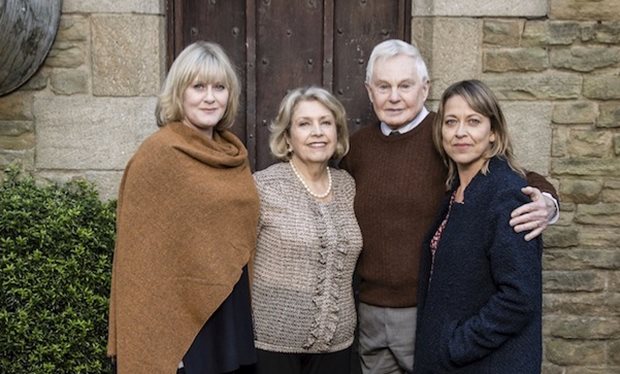 Set two years after Kate’s tragic death, the episodes will see Caroline (Sarah Lancashire) coming to terms with yet more changes in her life. With a new job at a very different school, a new family home in Huddersfield and a chance encounter with a potential love interest, could things be looking up for her and her children? Meanwhile, Gillian (Nicola Walker) is struggling to come to terms with the unusual activity that keeps happening in the barn. With issues from her past coming back to haunt her, will she let them affect her relationship with Robbie (Dean Andrews)? Got that?

Recognizing it has been almost 2 years since we last crossed paths with Alan and Celia, you may not be able to remember the players without a scorecard so Radio Times has put together a brilliant ‘cliff-notes’ primer on the first three series so you won’t have to carve out 18 hours to binge watch the first three series before Christmas. As you will see and/or remember, there is more drama than the law allows… 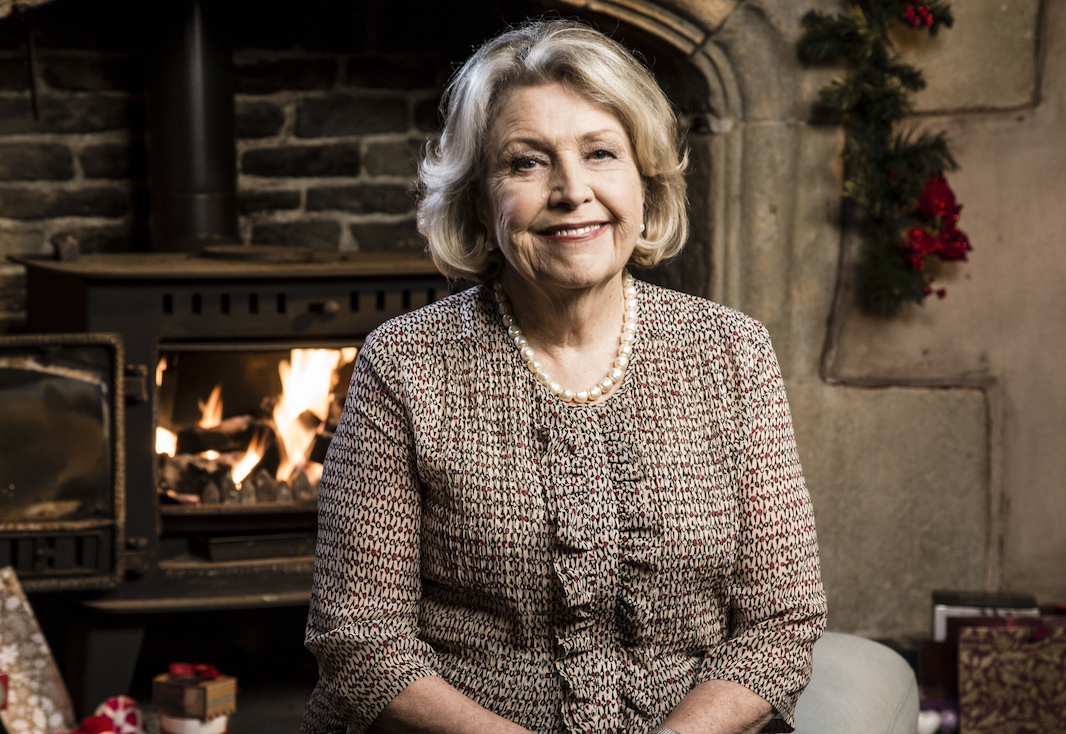 The Last Tango story begins with Celia (Anne Reid), a 70-something widow, who gets in touch with childhood sweetheart Alan after she spots him on Facebook. They meet up and get on so well that it’s like they’ve never been apart. By episode two they’re engaged, much to the shock and confusion of their children. The duo are based on writer Sally Wainwright’s own mother’s experience of a meeting her teenage boyfriend 60 years later on Friends Reunited.

Anyway, Celia’s daughter Caroline is going out with a woman named Kate in series two and unlike Alan, Celia doesn’t take the same-sex thing well at all. In fact, she refuses to accept it and there are torrid, throw-plates-at-the-wall, rows until Celia realizes she’s making her daughter miserable with her homophobia. As the Christmas special begins, Celia is happily married to Alan and is caught up in the daily chaos of her family. While some lessons have been learned, it’s good to see her sharp tongue hasn’t lost its edge. 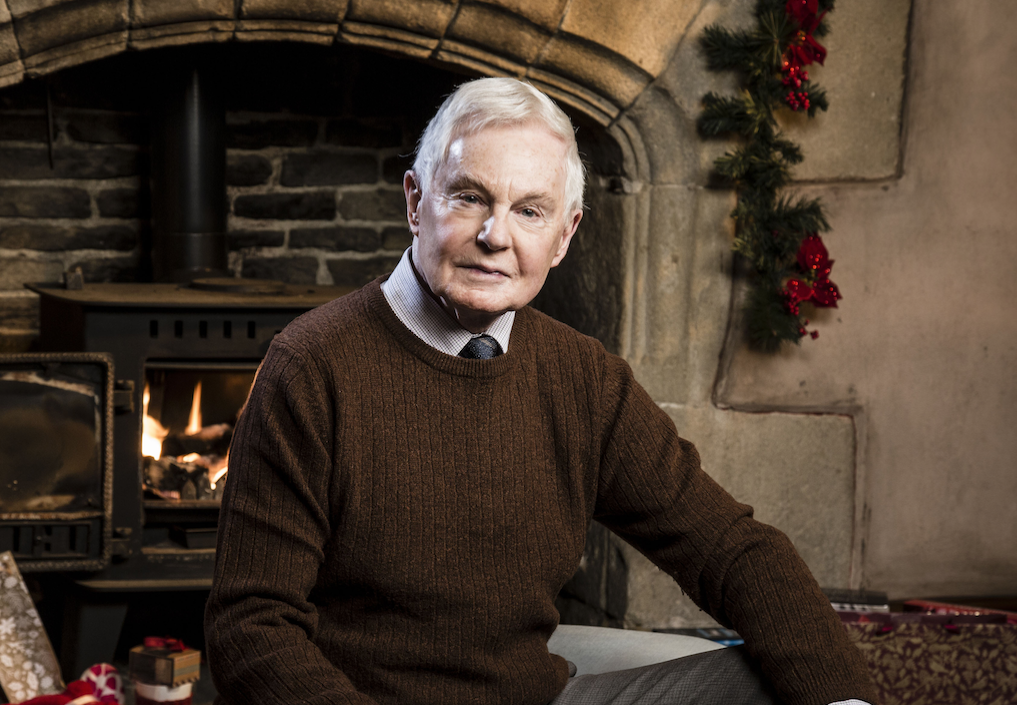 Alan (Derek Jacobi) gets engaged to Celia and then at the end of series one he has a heart attack. It’s all ok though because he recovers and marries Celia as planned.  Alan’s daughter Gillian has a complex time in the show and he’s very involved – but more about that later. The crucial thing to know about Alan is that he discovers he has a son called Gary from an affair he had in the 1980s while married to his first wife, his daughter Gillian’s mum.

Alan doesn’t tell Celia about Gary because he’s worried she’ll judge him for having had an affair – and especially because Celia’s own husband was adulterous and she suffered badly.  When he does tell her, she’s devastated and genuinely questions whether he’s the man she thought he was.  By the time series four begins, they’re reunited and the pair are off to New Zealand for a belated honeymoon – courtesy of his new, millionaire son Gary who Celia has come to terms with. And not just because he’s bought them a fancy holiday. 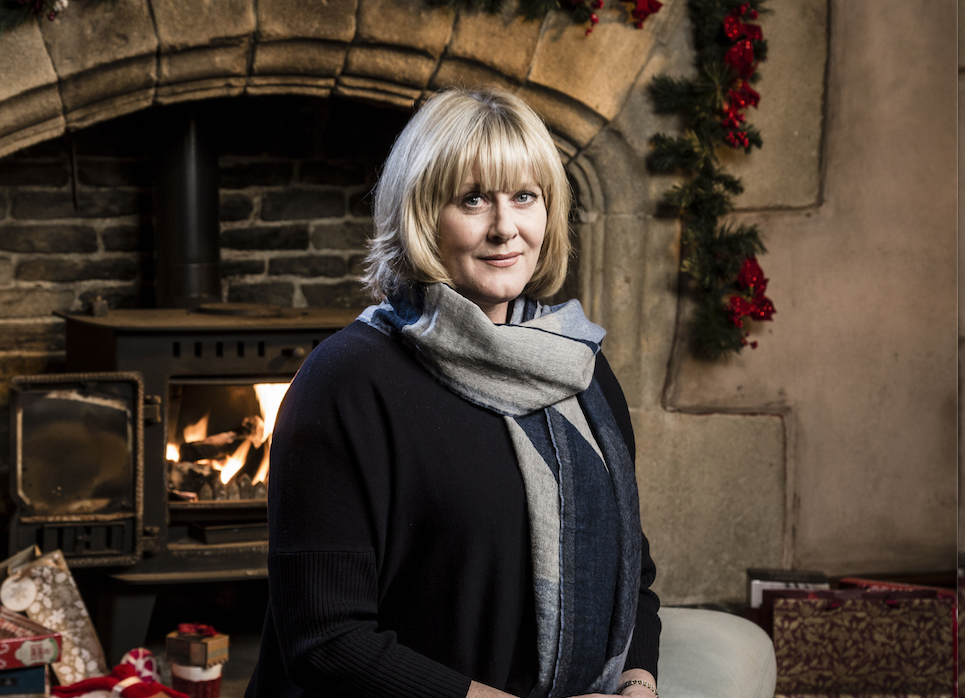 Celia’s daughter Caroline (Sarah Lancashire) has had quite a time of it. In series one she’s married to Tony (he’s pretty awful) who is cheating on her while she is cheating on him with a woman named Kate. Also it’s important to know that when Caroline meets Alan’s daughter Gillian for the first time, they clash massively. Gillian thinks Caroline is a snob, Caroline thinks Gillian is insufferably cynical and moody. But slowly they start to get on and confide in each other.

In series two, Kate decides she wants a baby and Caroline eventually agrees, even though she’s already got two teenage sons William and Lawrence. A guy called Greg becomes the sperm donor and Kate is about to have the baby. But in a shockingly sad episode – one of those where you have to hide behind a cushion because it’s so painful – Kate dies in a car crash and her baby is delivered safely. Suddenly Caroline is a widow and a new mother in the space of a few hours. To make her life even more baffling, ex-husband and cheater John suggests they give their relationship another go. She declines. And as series three ends, Caroline is struggling with grief as she talks to Kate’s ‘ghost’ but is absolutely in love with baby Flora, who she is now bringing up alone. 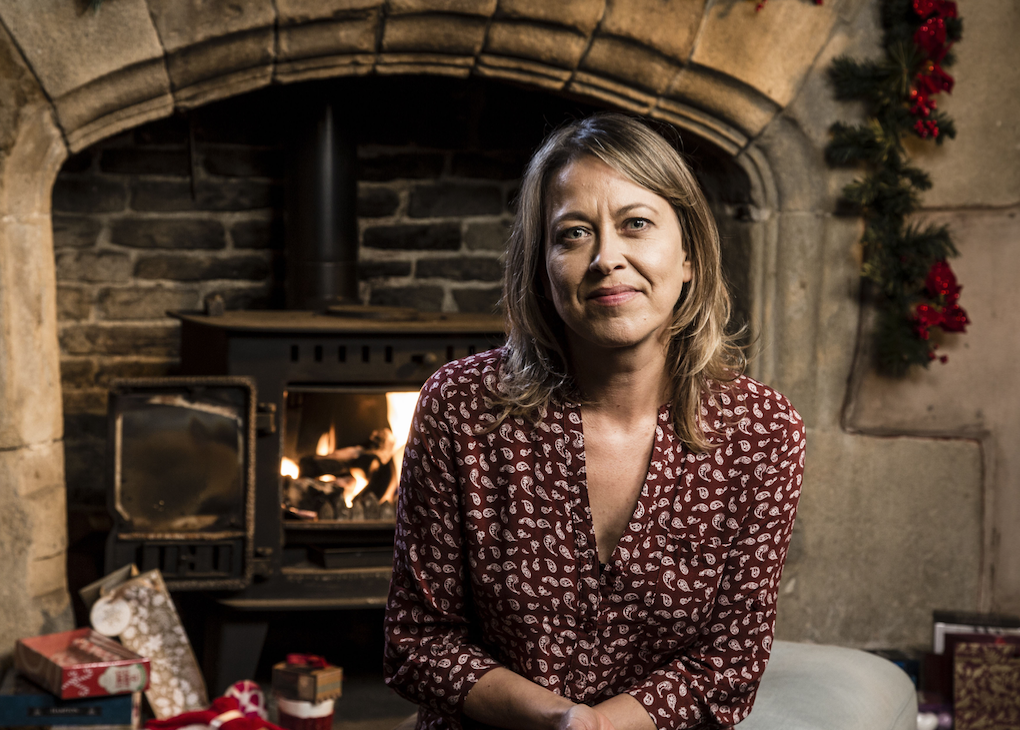 Gillian (Nicola Walker) makes Caroline look like she’s had a quiet life. We first meet Gillian, Alan’s daughter, when she’s recently been widowed by her husband Eddie. In series one, confused about life, Gillian has a one night stand with Caroline’s ex-husband John, who is still involved in the family. It’s all very strange- but that’s the power of a few too many drinks.

John is convinced he’s infatuated with Gillian but this fizzles out. Meanwhile Gillian is left looking after her grand-daughter after her teenage son Raff and his teenage girlfriend Ellie fail to care for their baby properly. And to make matters more complex, she’s having a fling with Robbie, her late husband’s brother.

In series three, after a turbulent romance, Robbie tells Gillian he wants to marry her but she freaks out and sleeps with John instead. Yep that John, her half-sister’s ex-husband. Despite having doubts and nearly bolting, Gillian does get down that aisle. So when we see the couple in the Last Tango Christmas special, they’re married and living together on the farm.

BUT it’s crucial to know this: It’s revealed in an earlier series that Eddie’s death wasn’t entirely an accident and that Gillian killed him after she couldn’t stand him abusing her anymore. It’s a pitch-black secret that has made her self-destructive, guilt-ridden and confused. And most importantly, that’s partly why she felt she shouldn’t marry Robbie. She’s very much still dealing with the horror of what she did to Eddie in desperation.

Thanks SO much to Radio Times for giving me back 18 hours, especially during a hectic holiday season.

Last Tango in Halifax Christmas Special concludes tonight at 9p on BBC1 and will air on PBS in 2017.