While 2016 has not been particularly kind when it comes to those we have lost (David Bowie, Prince, Gene Wilder, Alan Rickman, Gary Shandling, Muhammed Ali and Robert Vaughn, to name a few), it has been a banner year from a telly standpoint. The year started off with the Sherlock one-off, “The Abominable Bride”, followed by the finale of Downton Abbey, the series finale of Wallander and Lewis, new seasons of Endeavour, Call the Midwife, Grantchester, Poldark and the season premiere of The Tunnel.

As a banner 2016 draws to a close, we thought it would be a good time to dig into the archive and revisit one of the classic sketches and funny bits from the past year. From Sport Relief 2016, this brilliant bit stars Idris Elba, with his ever-so-famous ‘Luther coat’ in tow, as he dares to bring a homicide victim into his Mum’s house with Lenny Henry, Rio Ferdinand, David Haye, Denise Lewis, Cecilia Noble, Louis Smith and Ian Wright as ‘the Luther family’.

Luther and the Homicide Victim 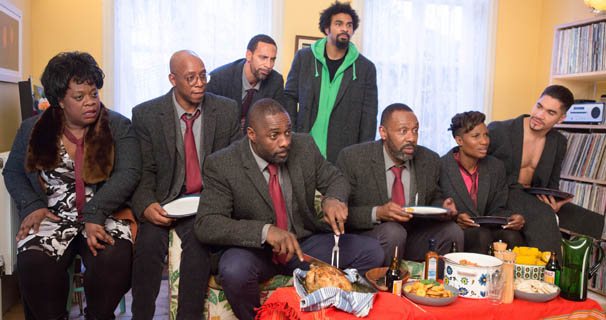 Why a classic? Well, for starters, the thought of hearing John Luther cower and repeatedly say “…don’t tell Mommy” is priceless. Usually, it’s Luther saying, “…don’t tell Alice“. Speaking of Alice, Ruth Wilson returns as Alice Morgan to kidnap Usain Bolt of all people. Things do tend to get turned up a notch when Alice gets involved, don’t they?