With the 2016 Doctor Who Christmas Special, “The Return of Doctor Mysterio”, in our collective rear view mirror, Whovians worldwide were given the best Christmas present of all at its conclusion on Sunday with a glimpse into the future or, more specifically…an action-packed glimpse at series 10. 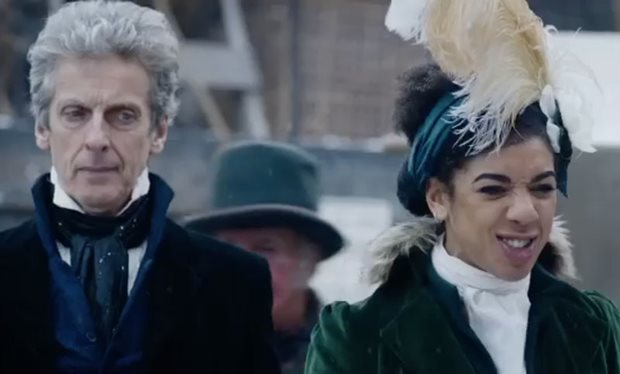 The long-awaited S10 trailer has it all. New companion, new universe, new emoji-themed monsters, the return of the epic sonic sunglasses and, a hint as to David Suchet’s mysterious ‘Landlord’ character. Not wanting to wish away time but how is it long until April?

As you just saw, there is more information packed into the :50 trailer than the mind palace can comprehend so, fortunately, Radio Times has broken it down for everyone and given us the 11 things learned from the S10 trailer for Christmas.

Doctor Who will return to BBC1 in April 2017