A Place to Call Home, the 50s period drama that has affectionately been labeled as the Australian Downton Abbey, is set to begin production on their 5th series in February of this year. Created by Bevan Lee, the Australian drama has definitely begun to fill the void left on public television stations in America by the departure of the British drama juggernaut after six series in 2016. 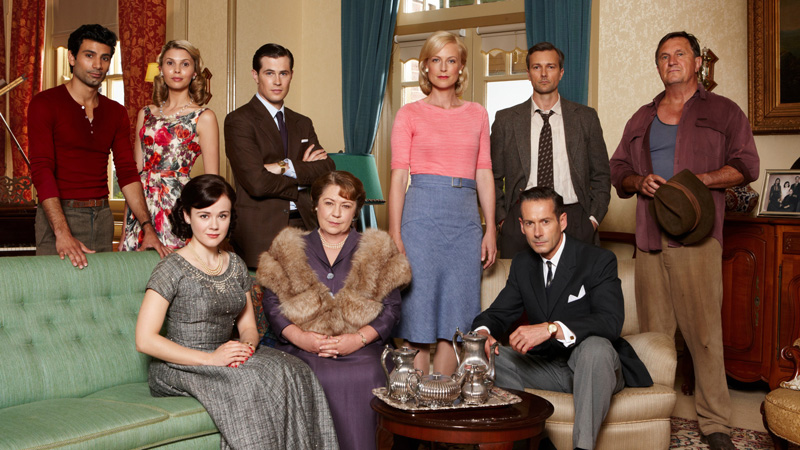 Currently broadcast in over 120 countries worldwide, series four will begin on public television stations in America this Spring. Without divulging too much from a spoiler standpoint, season five will time jump to 1958, where four years have passed since we left Sarah (Marta Dusseldorp) and the Bligh family. Those four years have seen ever increasing changes in Australian society.

The world of wealth and privilege is being eroded, moral values are fraying and a new young generation is rising, full of disaffection with the world of their elders. To them the War is a matter of the dead past, bringing conflict with those who suffered its pain and deprivation.

Economic change and the devious actions of unseen enemies threaten Ash Park. While friends become bitter rivals and former enemies become unlikely allies. And in the midst of the turmoil, love becomes the only sure place anyone can call home.

Armed, once again, with more drama than the law allows, A Place to Call Home S4 premieres on public television in Spring 2017.