Oh, and there was also the need to keep secret his ongoing affairs with his two waitresses (Yvette and Mimi) from his wife Ruth, not to mention the pressures of having to hide ‘The Fallen Madonna’ by Van Klomp in the café. Somehow, he even found time to play his dead twin brother. 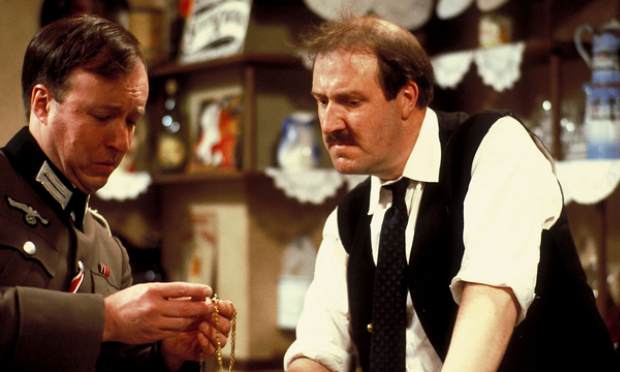 Kaye’s career almost came to an abrupt end when he was critically injured in an automobile crash during the Burns’ Day storm in 1990 that killed scores of people throughout England and Wales. The high winds sent an advertising board through his car windshield, leaving him with severe head injuries. Kaye’s first big break in TV came on the ITV’s Coronation Street where he played Elsie Tanner’s nephew Bernard Butler. His last TV role was in a one-off return of ‘Allo ‘Allo! in 2007, which reunited several members of the original cast. In between, the actor also starred in BBC sketch show Revolver in 2004.