Fasten your seatbelts, America, the British sitcom, Raised by Wolves, starring Rebekah Staton (Ordinary Lies), Philip Jackson (Poirot, Robin of Sherwood), Helen Monks (The Archers, Holby City, Upstart Crow) and Alexa Davies (The Detectorists) is headed to the States. The critically-acclaimed series ran the gamut of being called ‘refreshingly honest’ to ‘a bloody mess’ by the British press. Following the arrival of the second series in 2016, the Radio Times declared that ‘…the comedy gets even better. And filthier.’ 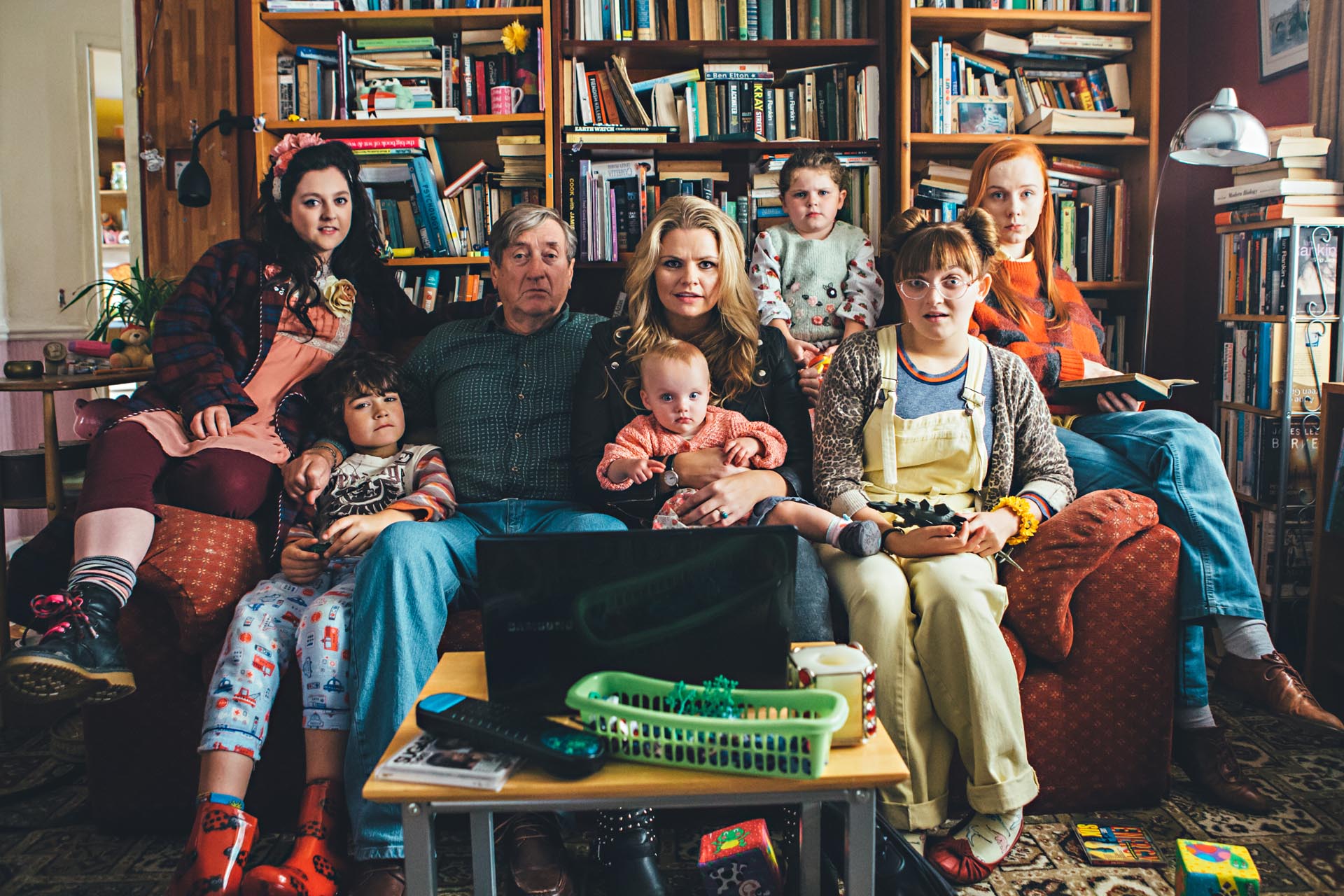 Created by British columnist/author Caitlin Moran and her sister, Caroline Moran, the family-focused premise of Raised By Wolves is partially based around stories from their childhood upbringing in a chaotic three bedroom council house in Wolverhamption. The show ran on Channel 4 for two series in 2015-2016, but was cancelled last year despite winning ‘Best Sitcom’ at the international Rose d’Or Awards. Diablo Cody (Juno) will oversee the American adaptation where she will tap into her Midwest upbringing and transplant the comedy from the British Midlands to middle America. Caitlin and Caroline Moran, the co-creators/writers of original British version, will serve as EP’s on the American pilot so, hopefully, there’s a chance of this making it. Here’s a NSFW trailer for the British premiere…

News of the ABC pilot has to be both satisfyingly and bittersweet to both Caitlin & Caroline Moran as they started a Kickstarter campaign to raise money to make a third series of the show following its Channel 4 cancellation. If the campaign had received £320,000 by 20 November 2016, a special one-off episode, or if more money was donated a third series would have been made, which if the campaign was successful, would have premiered in late 2017. Sadly, viewers will now be reduced to an American version and we all know how I feel about American remakes of British telly….