Thompson will be taking on the role of Queen Elizabeth I in the Christmas special of the Ben Elton comedy, while Fielding will star in an episode of the second series as Thomas Morley. 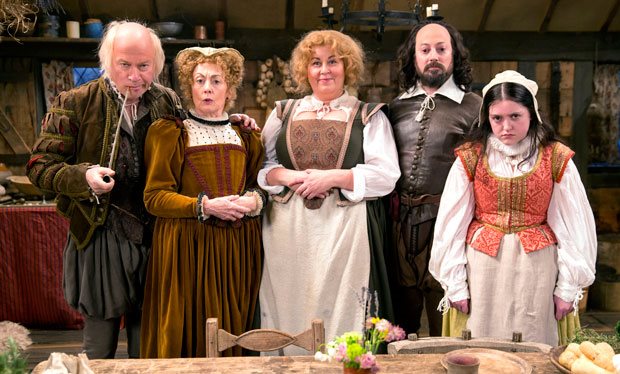 Airing on BBC2, Upstart Crow, starring David Mitchell as William Shakespeare, follows the playwright as he tries to balance being a London playwright and being a family man in Stratford-upon-Avon.

In addition to Mitchell in the lead role, the Ben Elton (The Young Ones, Blackadder) comedy will see the return of Harry Enfield, Liza Tarbuck, Paula Wilcox, Mark Heap, Rob Rouse, Gemma Whelan and Helen Monks when it transmits later this year.