Unfortunately, for Planet Earth, 2017 isn’t starting out any better than 2016 ended as we continue to lose the good ones all too soon. On the heels of last weeks news of the death of ‘Allo, ‘Allo star, Gorden Kaye, sadly, one of Britain’s best known actor’s, Bafta award winning Sir John Hurt died Wednesday at the age of 77 at his home in Norfolk due to pancreatic cancer. Hurt, who appeared in over 200 films and television series during his 6+ decade career, was knighted in 2015 honoring his service to drama. 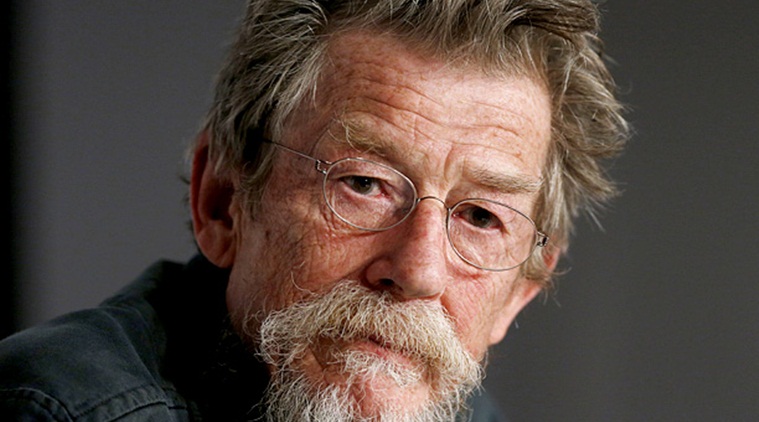 Best known for his roles as Joseph Merrick in Elephant Man, Kane in Ridley Scott’s Alien, where his death is still considered to be one of cinema’s most memorable moments in film, and an Oscar-nominated performance as a heroin addict in Midnight Express, Hurt’s most recent role was that of Father Richard McSorley in Jackie, the biopic of President John F Kennedy’s wife.

PBS viewers will instantly remember Hurt for his portrayal of the deranged Caligula in I, Claudius and Quentin Crisp in The Naked Civil Servant. A new generation of fans will forever remember Sir John as the War Doctor in Doctor Who and as Mr. Ollivander, the wand shop owner in multiple Harry Potter films.

Once asked Hurt how he managed to regularly turn in such memorable performances, Hurt said, “The only way I can describe it is that I put everything I can into the mulberry of my mind and hope that it is going to ferment and make a decent wine. How that process happens, I’m sorry to tell you I can’t describe.”

Anwen Rees-Myers, Hurt’s wife of 12 years, paid fitting tribute, saying: “John was the most sublime of actors and the most gentlemanly of gentlemen with the greatest of hearts and the most generosity of spirit,” she said in a statement. He touched all our lives with joy and magic and it will be a strange world without him.”