While a new generation of viewers have just recently discovered Rufus Sewell either as Lord M on Victoria or as Obergruppenführer Smith in The Man in the High Castle, most PBS viewers will recognize him as the Italian detective, Aurelio Zen, in the Masterpiece presentation of Zen. Based on the detective novels by Michael Dibdin, the BBC series met an all too soon end when it wasn’t commissioned for a second series when BBC One controller Danny Cohen said there were already enough male crime-fighters on TV.

As Queen Victoria’s ‘Lord M’ in the PBS presentation of Victoria, Sewell portrayal of the former prime minister of Britain who became the young Queen’s mentor and confidant in the way of politics during her first few years on the throne. 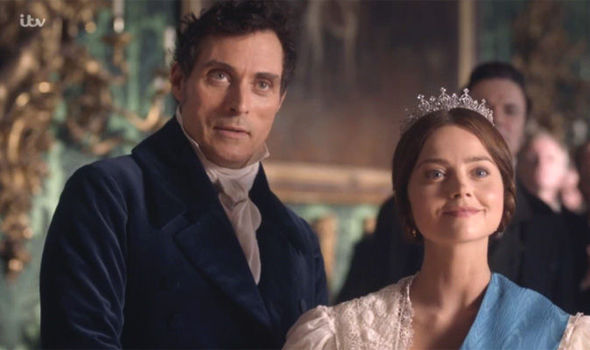 Sewell’s performance as the enigmatic Lord Melbourne is spot-on. So much so that after episode 2 both in the U.K. and in the U.S., viewers took to social media to re-write history hoping that Albert didn’t come on the scene. A poll conducted in the U.K. when the series aired this past Autumn had viewers wishing for a Victoria/Lord M romance at more than a 2 to 1 clip.

Victoria cast and creators recently weighed in on the Victoria/Lord M ‘blurred’ relationship.

Victoria continues Sundays at 9pET/8pCT on PBS through Sunday, March 5.