There is no joy in Mudville tonight as Peter Capaldi has revealed that he is leaving Doctor Who at the end of series 10 which begins in April of this year. The actor confirmed his plans Monday on BBC Radio 2’s Jo Whiley program, An Evening in with Peter Capaldi with the news that the 2017 Christmas special serving as his last appearance. 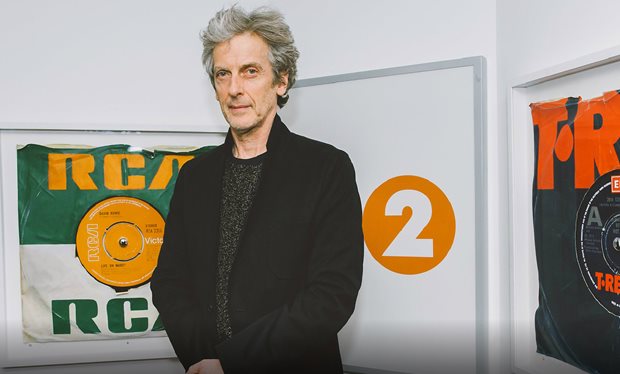 “One of the greatest privileges of being Doctor Who is to see the world at its best” he told Whiley. “From our brilliant crew and creative team working for the best broadcaster on the planet, to the viewers and fans whose endless creativity, generosity and inclusiveness points to a brighter future ahead. I can’t thank everyone enough. It’s been cosmic.”

When it was originally announced that Peter Capaldi would become the Twelfth Doctor taking over for Matt Smith in 2014, there were those that raised more than a few eyebrows. Many of those who wondered aloud whether or not this was the right choice only knew Capaldi from his more recent roles in either The Hour or as Malcolm Tucker, the rather ‘abrasive’ spin-doctor in The Thick of It.

There were also those that had only watched Doctor Who since its reboot 10 years ago and their only Doctor frame of reference was Christopher Eccleston, David Tennant and/or Matt Smith. They wondered out loud as to how someone that was visibly so much older than The Doctor’s companion could work. There was no memory of William Hartnell, Patrick Troughton, Jon Pertwee or, even, Tom Baker. Boy, were they totally wrong. Capaldi has been and is a brilliant Doctor.

His announcement yesterday that he would be handing over the keys to the TARDIS at the end of the forthcoming 10th series, came as both a surprise and not so much a surprise. Capaldi’s understanding of the magnitude of the half-century cultural phenomenon that is Doctor Who is clear. He treated his 2013 selection to be the Twelfth Doctor with the reverence it deserves rather than going in to it worrying about how many series he should do for fear of being forever labeled as ‘The Doctor’.

As a life-long fan, you thought he would be in the role of a lifetime forever. As an actor, he probably agonized over the increased level of visibility that would come with the part. Unfortunately, for us, Peter Capaldi, the actor, won out and viewers will now have to wait and see who the Thirteenth Doctor will be and recognize that we are all the better for his contribution to the longest running science fiction series in the history of television.