While the sun has sadly set on Miranda Hart’s semi-autobiographical sitcom, Miranda, and Call the Midwife fans will have to deal with the fact that the forthcoming series (returns Sunday, April 2 on PBS) will be Chummy-less, it does look like Miranda will be back in the not-too-distant future. 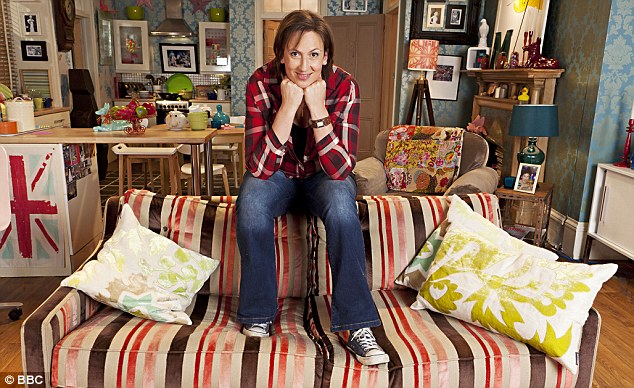 It’s looking like ‘the sun will come out tomorrow’ as the English actress, writer and comedian is in the final negotiating stages to fulfill a lifelong dream and appear in the musical Annie beginning in May at the Picadilly Theatre, writes theatre insider Baz Bamigboye in Thursday’s Daily Mail. The 1977 musical has long been a favorite (ok, passion) of Hart’s as she is said to know every role. Hart would play Miss Hannigan, the inebriated, child-hating dragon lady who runs the Dickensian-like orphanage where title character Annie languishes with other unwanted kids in Depression-era USA. Carol Burnett immortalized the character in in the 1982 film version that also starred Albert Finney, Ann Reinking, Tim Curry and Aileen Quinn.

If anyone ever questioned her devotion to the musical, consider the fact that Hart included the Annie anthem, “Tomorrow” on the soundtrack of one of the episodes of her sitcom Miranda. And when she appeared on Desert Island Discs, she chose the burlesque number “Easy Street”, which is Miss Hannigan’s main song, as one of her eight recordings. When Hart was at boarding school, rather than make friends in the playground, she said she would practice acting out every part of Annie ‘to an imaginary audience of thousands’.

While Hart has done a one-woman stage show (My, What I Call, Live Show) and has a bit of stage experience, Annie would mark her West End musical theater debut. Even though it doesn’t look like Camilla ‘Chummy’ Browne will be bicycling through the streets of Poplar this year, she has left the door open for a Nonnatus House return for the next series and given she won’t play the full London run because of prior commitments, let’s hold out hope for a Call the Midwife return next series. In the meantime, head over to the Picadilly Theatre in the West End and ‘watch the sun come up tomorrow’!