James Norton, Robson Green and, of course, Dickens are set to return to PBS’ Masterpiece this Summer as Vicar Sidney Chambers, Police Inspector Geordie Keating and, well, Dickens. The television adaptation of author James Runcie’s “Grantchester Mysteries” about an unlikely 1950s crime fighting duo is now in its third series on ITV and PBS. 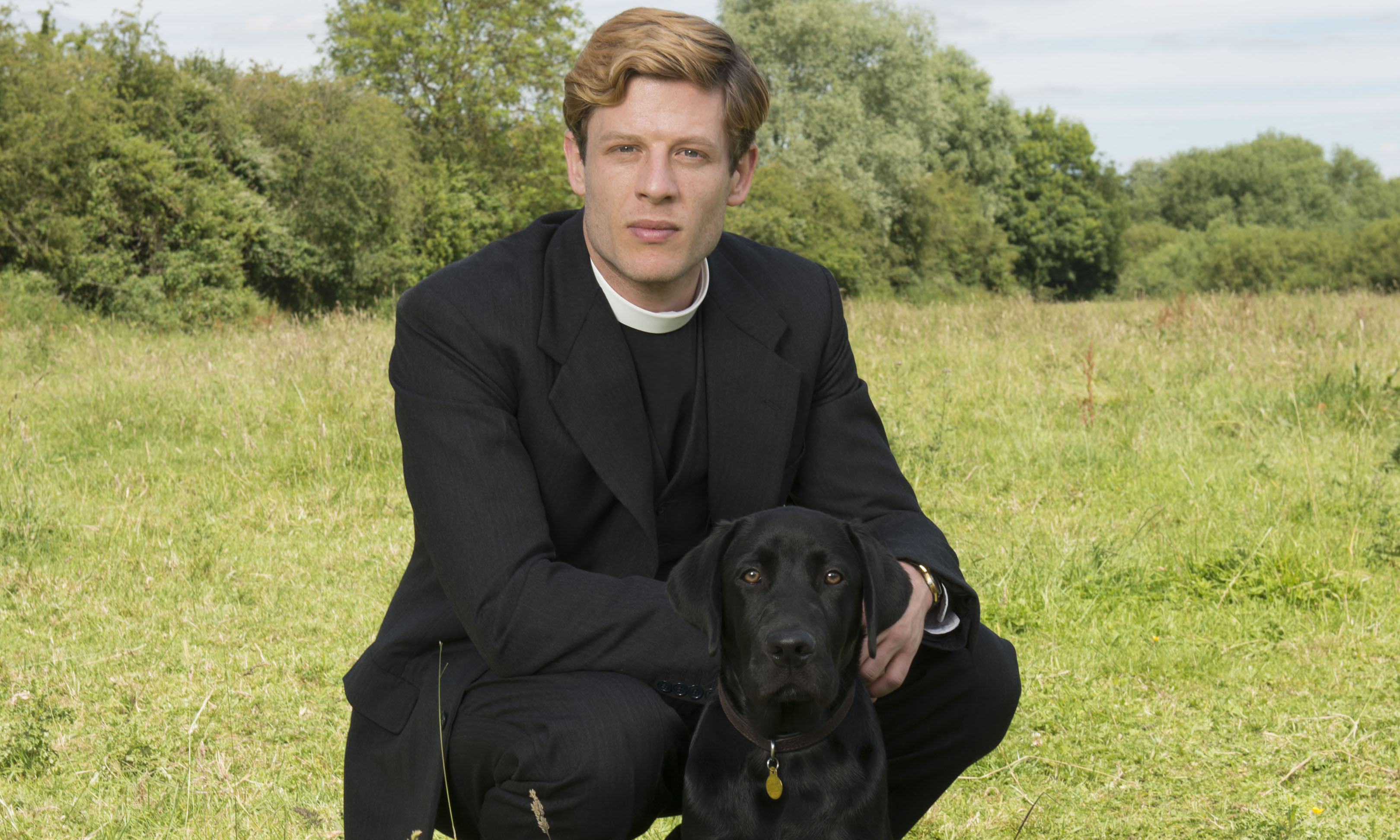 Unfortunately, it doesn’t get any easier for the vicar in series 3. In the third series of Grantchester, new Archdeacon Gabriel Atubo reminds Sidney that as clergyman he must put duty above his own needs and lead by example. Given the strength of his feelings for Amanda, is this something that Sidney can do?

Returning alongside Norton and Green for series 3 will be Tessa Peake-Jones as Sidney’s sharp tongued housekeeper, Mrs Maguire, who keeps the vicar in check along with Morven Christie as Sidney’s lover Amanda, Al Weaver as the timid curate Leonard Finch, Kacey Ainsworth as Geordie’s long suffering wife, Cathy, and Lorne MacFadyen as DC Phil Wilkinson. Not to worry, however, as it wouldn’t be Grantchester without the return of Dickens. The black Lab will also return for series 3.