British sitcom legend and one half of Galton and Simpson, the writing duo who created Hancock’s Half Hour and Steptoe and Son – has died at the age of 87 after a long battle with lung disease. While you may not be familiar with his name and, quite possibly, might not be familiar with his work, everyone should understand that the work that came out of the mind palaces of Ray Galton and Alan Simpson set the table for where we are in the British situation comedy world today creating some of the best-loved sitcoms of the 20th century. 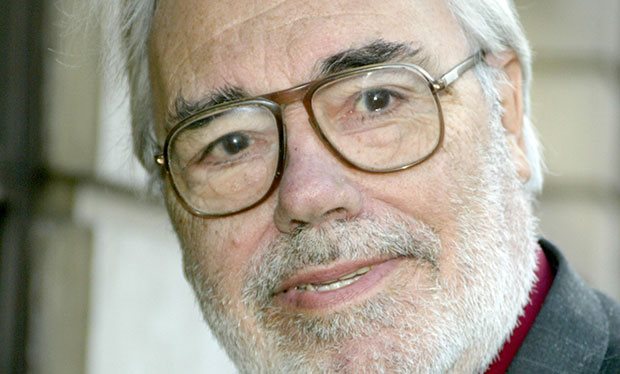 In addition to the BBC television adaptation of Hancock’s Half Hour, which the BBC recently celebrated its’ 60th anniversary with their ‘Landmark Sitcom Season’ media campaign in 2016, and Steptoe and Son, which was later turned into the highly successful American version, Sanford and Son, by the iconic Norman Lear, Galton and Simpson also wrote scripts for the likes of Peter Sellers and Frankie Howerd. The duo wrote for the latter from the early 1960s into the mid-1970s, eventually providing the funnyman with his first major series, Frankie Howerd, airing on the BBC from 1964 through to 1966.

Galton and Simpson received the Bafta fellowship at the Bafta Television Awards last May. At the time, in true humbling fashion, Simpson said: “ We always wanted a Fellowship, even though we did not know what a Fellowship was. Not the sort of thing one associates with a couple of Cockney lads, apart from Alfred Hitchcock of course.”

Yet another reason why I will always continue to believe that British television is superior to their American cousin is the continued, across the board recognition by today’s stars of who paved the way from the beginning for them to be able to do what they do today with tributes coming in from writers and actors who worked with Simpson over the years.

Novelist and writer Neil Gaiman wrote on Twitter: “The great Alan Simpson has died. I was lucky enough to meet & interview him & Ray Galton in 1985. They changed radio comedy, then TV comedy.” David Walliams tweeted: “Alan Simpson was half of one of the greatest comedy writing duos of all time with Ray Galton ‘Hancock’ & ‘Steptoe & Son’ are masterpieces.”