Ever since they were revealed to the world as quaint country-women, the Brontë sisters (i.e. Charlotte, Emily and Anne) have fascinated legions of devoted readers for years. On Sunday, March 26, PBS Masterpiece brings these remarkable literary geniuses to life with a beautifully filmed and acted two-hour drama, To Walk Invisible The Brontë Sisters. 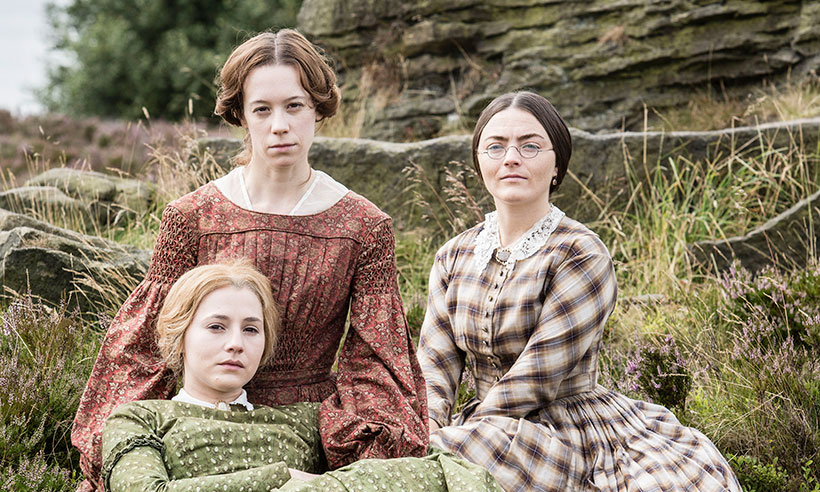 Written and directed by Sally Wainwright (Happy Valley, Last Tango in Halifax), To Walk Invisible depicts the evolution of secluded, dutiful clergyman’s daughters into authors of the most controversial fiction of the 1840s. The drama stars Finn Atkins (Eden Lake) as Charlotte, who shocked society with her edgy epic, Jane Eyre; Chloe Pirrie (War and Peace) as Emily, author of the darkly gothic and disturbing Wuthering Heights; and Charlie Murphy (Happy Valley) as Anne, whose penned the true-to-life love story The Tenant of Wildfell Hall.

Also starring are Jonathan Pryce (Wolf Hall) as their distracted father, Reverend Patrick Brontë; and Adam Nagaitis as the sisters’ only brother, Branwell, whose wild and dissipated life contributed to vivid characters in each of their novels.

Based largely on Charlotte’s letters, the film follows the Brontë sisters in the eventful three-year period that saw them rise from ordinary, unmarried women, taking care of the household and their widowed father, to the secret authors of the world’s most sensational literature.

To Walk Invisible The Bronte Sisters follows the Brontë sisters in the eventful three-year period that saw them rise from ordinary, unmarried women, to the secret authors of the world’s most sensational literature.

‘To Walk Invisible’ is a quote from a letter written by Charlotte Brontë. It refers to a meeting she had with an elderly clergyman, who although knowing her literature well, failed to recognize Charlotte as the author due to her pseudonym ‘Currer Bell’. Charlotte wrote on the matter to her publisher: “What author would be without the advantage of being able to walk invisible? One is thereby enabled to keep such a quiet mind.”

To Walk Invisible The Brontë Sisters will air Sunday, March 26 at 9pET/8pCT on PBS.