It’s been some time since audiences on both sides of the pond bid farewell to the Cornish coastline but it looks like when Poldark returns to BBC1 and PBS for series 3 later this year, there will be a few new faces (including a sex-crazed vicar and Demelza’s brothers) popping up. Not to worry, however, there’s still plenty of Ross and Demelza, Ross and Elizabeth and an anxious-looking George to keep you grounded until the new series begins. 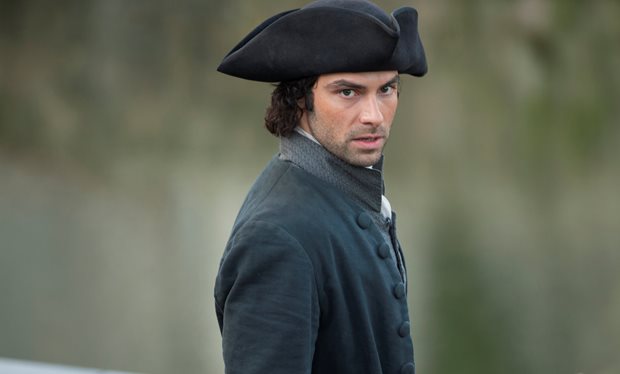 Sadly, the brilliant Phil Davis, who plays Ross’ servant Jud Paynter, will not be back for the series 3 but his on-screen wife Prudie (Beatie Edney) will be. Demelza’s (Eleanor Tomlinson) long-lost brothers Drake (Harry Richardson) and Sam (Tom York) are set to shake things up when they arrive in Cornwall. Also joining the cast is Ellise Chappell, who will play Elizabeth’s (Heida Reed) cousin Morwenna.

Poldark scriptwriter Debbie Horsfield told the Radio Times recently, “Ross is older but not necessary wiser, and his recklessness sometimes costs him, and his loved ones, dear. We’re in for a rollercoaster ride where the stakes have never been higher.” Fans of the 18th century drama will remember that the end of Poldark season two left many questions unanswered as newly-married Elizabeth found herself pregnant without knowing the identity of the father while Demelza reconciled with Ross. Questions remain, however, as even though she forgave him for his affair, will their marriage will last when Elizabeth’s baby is born?

Meanwhile, the evil personified George Warleggan (Jack Farthing), who narrowly avoided a mob lynching, plotted to send Elizabeth’s young son from her marriage to Francis (Kyle Soller) away to boarding school and the fate of Aunt Agatha (Caroline Blakiston), who suspects Elizabeth’s unborn child is Ross’, is still not known.

You know a series must be good, as evidenced by this newly released trailer, when you need no dialogue to generate interest!

Poldark S3 returns the Fall on BBC1 and PBS.