Based on writer Lynda La Plante’s book, “Tennison”, the long-awaited prequel to the brilliant, early 90s series, Prime Suspect, that starred Dame Helen Mirren as DCI Jane Tennison, is just around the corner! Premiering last night on ITV and on PBS in Summer 2017 as part of the Masterpiece series, Prime Suspect 1973 stars Stefanie Martini as a young Jane Tennison and will showcase her early days on the force as she begins her career as a probationary police officer, revealing why she became such a complex and formidable character. 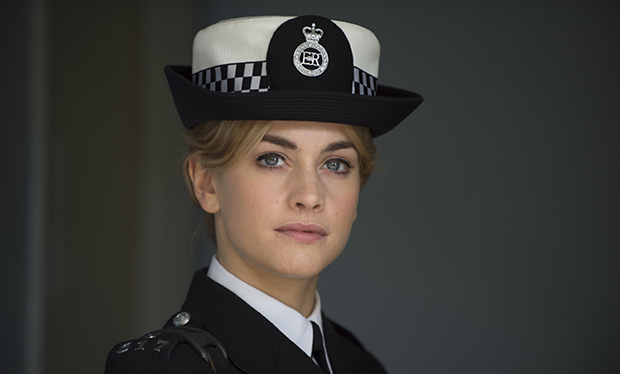 In Prime Suspect 1973, we see WPC Jane Tennison as the naïve yet determined new recruit on the force. Lacking in experience, but making up for it in enthusiasm, she is keen to get stuck in and prove herself on her first murder inquiry. Unlike her sister Pam, Jane is more interested in her career and solving the case rather than marriage and starting a family, much to her mother’s disapproval. The series is set in Hackney in a 1970s world where high-ranking police officers were notoriously chauvinistic, rules and regulations were often bent and when women police constables were being ‘uneasily integrated’ into the force,

Prime Suspect 1973 is currently running Thursdays at 9p on ITV and will premiere later this Summer on PBS Masterpiece in the States.