As we reported earlier this year, Robot Wars, one of the greatest ‘guilty pleasure’ shows of all-time, is set to return to the small screen tonight on BBC2. I loved this show when it was originally broadcast with Craig Charles (Red Dwarf, Coronation Street) and Phillipa Forrester! Thankfully, I never saw the first series with former Top Gear host, Jeremy Clarkson, as the original presenter. No matter who the presenter, however, any series that sports the likes of Sir Killalot, Matilda, Dead Metal, Shunt and Sgt. Bash can’t be all bad, right? 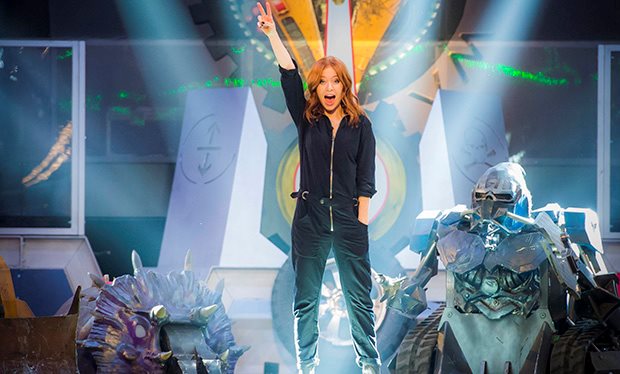 The original format for Robot Wars featured two teams of amateur enthusiasts who built their own robots, a.k.a. robotic fighting battle machines, and then marched them into a battle for supremacy all the while keeping an eye out for the ‘house robots’. The 21st century rebooted Robot Wars is filmed in a ‘bullet-proof’ purpose-built arena in Glasgow, where the audience is brought ever so close to the destructive machines using state-of-the-art cameras capable of capturing every crushing, sawing and scorching moment in incredible detail. 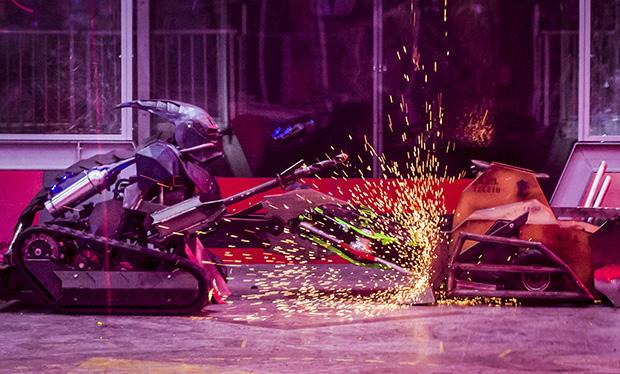 Hosts Dara O Briain and Angela Scanlon are back and as brilliant as ever for another go in the purpose-built Glasgow arena, where they’ll meet the best of Britain’s engineering enthusiasts as they batter and bash their way through various mechanical foes. To adequately prep you for tonight’s episode, take a quick look as to how we ended up last year after the 2016 Robot Wars Grand Finale.

When the series returned last year, I wasn’t completely sold on the necessity for a ‘bullet-proof’ arena, but a lot has changed since the old days of destroying your competitor by simply flipping them over, setting fire to them and then shoving them into the Pit of Oblivion so I guess we’ll just have to not let progress stand in the way of my ultimate guilty pleasure.

Robot Wars 2017 returns tonight at 7p on BBC2 with, hopefully, a return to public television soon.