The biennial brilliance of Red Nose Day is set for a Friday, 24 March return to BBC1. Originally, the brainchild of Richard Curtis (Four Weddings and a Funeral, Love Actually, Bridget Jones Diary, Notting Hill, Vicar of Dibley, Blackadder) and Lenny Henry (Chef), Comic Relief was launched on Christmas Day in 1985 live on the BBC to highlight the famine crippling Ethiopia. 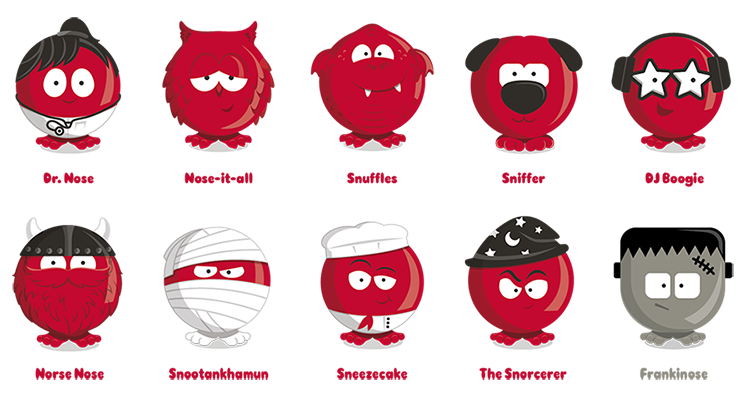 Not long after, the concept of ‘Red Nose Day’ was created to focus attention on Comic Relief’s activities with the first ever RND event in 1988 raising an impressive £15 million. Since its inception, the event has raised over £1 billion to help change lives in the UK and Africa. Red Nose Day in the UK is nothing short of a cultural phenomenon. It’s an institution. The entire country gets involved. The entire British acting community lends their time and talents to this effort to create some of the most inventive comedic efforts since, well, the last Red Nose Day.

While every attempt is made prior to broadcast to be as cryptic as possible, there is some advantage to leaking a few things out as filming begins. Thanks to project director, Emma Freud, this year is no exception as the highly anticipated follow-up to Curtis’ 2003 film, Love Actually, called Red Nose Day Actually, has been seen headed back to Downing Street for what looks like another press conference to be delivered by Hugh Grant’s prime minister character. Freud sent the internets on fire with this pic from the filming yesterday. 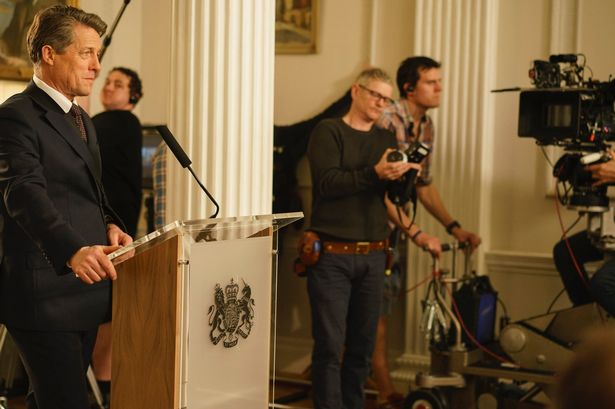 Red Nose Day Actually will follow past efforts to give new life, albeit brief, to some of writer Richard Curtis’ masterpieces including Blackadder, Vicar of Dibley and Mr. Bean.

“It seemed like a fun idea this year to do a special sketch based on one of my films, since Red Nose Day is now in both the UK and America. I would never have dreamt of writing a sequel to Love Actually, but I thought it might be fun to do 10 minutes to see what everyone is now up to. Who has aged best? – I guess that’s the big question… or is it so obviously Liam [Neeson]?, said Curtis. 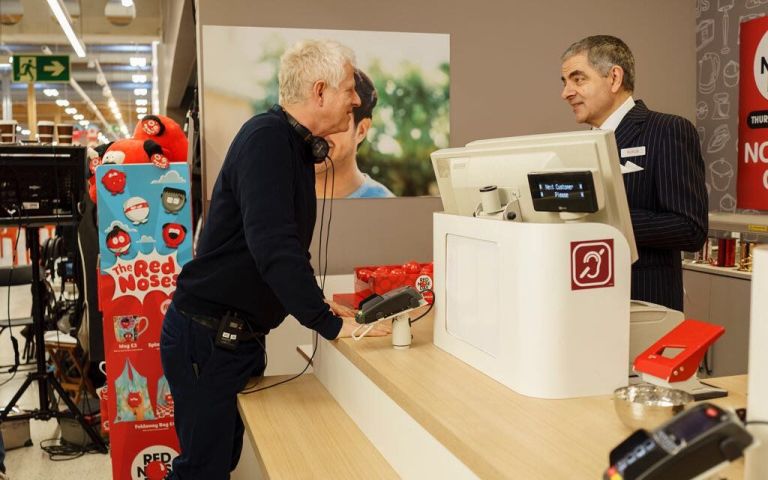 Unfortunately, while Emma Thompson will not participate in the sequel admitting that it would be “too sad” and “too soon” after the tragic death of Alan Rickman in January 2016, a majority of the films original cast have agreed to appear in the RND special including Hugh Grant (David), Martine McCutcheon (Natalie), Keira Knightley (Juliet), Colin Firth (Jamie), Andrew Lincoln (Mark), Lucia Moniz (Aurélia), Liam Neeson (Daniel), Thomas Brodie-Sangster (Sam), Olivia Olson (Joanna), the great Bill Nighy as Billy Mack, Marcus Brigstocke (Mikey) and Rowan Atkinson as Rufus.

While this is an impressive list, Curtis has warned viewers not to expect every familiar face from the movie to make a comeback as well, it is only 10 minutes. No word yet as to whether or not we’ll see Laura Linney, Billy Bob Thornton, Martin Freeman, Kris Marshall or Chiwetel Ejiofor this time around.

Red Nose Day Actually will premiere Friday, 24 March on BBC1 and Thursday, May 25 on NBC.