Dame Judi Dench is celebrating her 60th year in acting in 2017. Her professional debut occurred in September 1957 with the Old Vic Company at the Royal Court Theatre, Liverpool, as Ophelia in Hamlet. In six decades, Dame Judi Dench has won an Oscar, a Tony, seven Oliviers, six film and four television BAFTA Awards. She holds the record for most acting majors across all six American and British events, winning eighteen and receiving fifty two nominations. 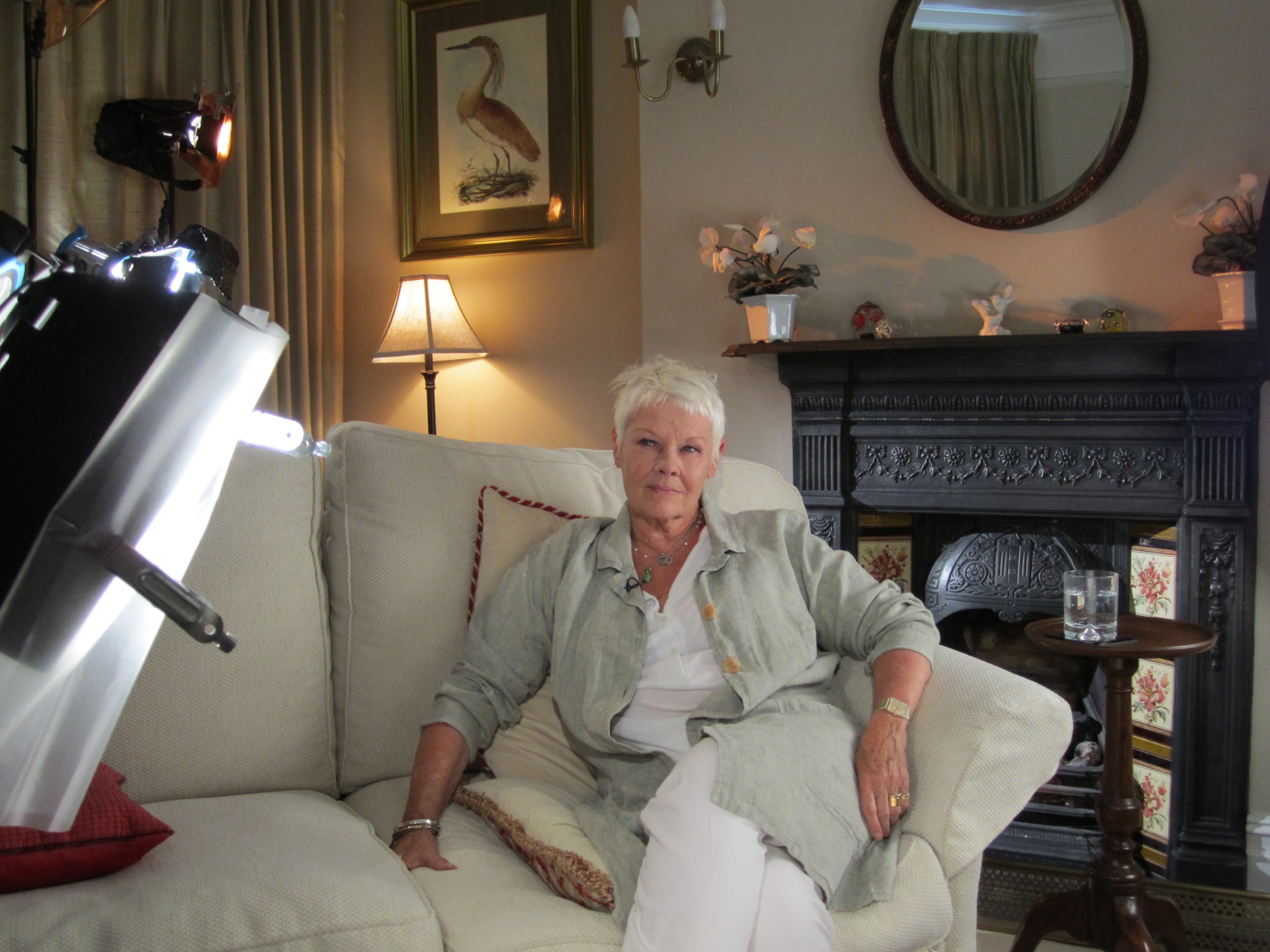 Other significant awards include two Golden Globes, two Screen Actors Guild Awards and ten critics awards. Overall in her career to date, she has won 55 competitive awards from 203 nominations. She has also received 10 honorary awards, including the lifetime achievement Special Olivier Award and the BAFTA Fellowship.

As she kicks off her 7th decade in acting, Dame Judi Dench can now add ‘rose competitor’ to her list of accomplishments as internationally known rose grower David Austin will honor with a flower named in her honor. The ‘Dame Judi Dench’ rose, an English Musk Hybrid with ‘rich apricot blooms and with a lovely fresh tea fragrance’ will go on display at the RHS Chelsea Flower Show this year for all to see, reports Horticulture Week. The RHS Chelsea Flower Show is an annual favorite with garden enthusiasts around the world with around 157,000 people coming through the gates each year. 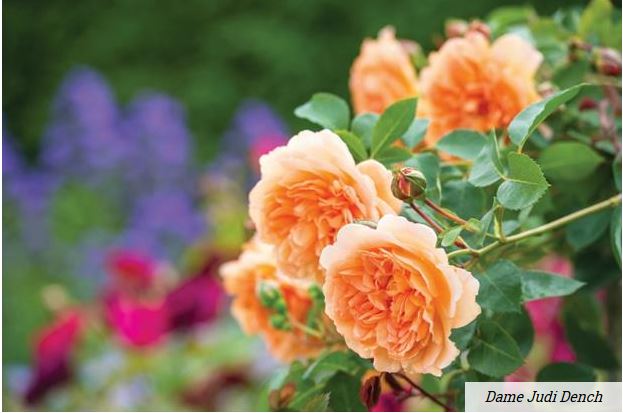 David Austin said: “We are delighted to name this rose after one of Britain’s most beloved stars of stage and screen, ‘Dame Judi Dench’.

Described as ‘a beautiful rose; the blooms are a particularly rich shade of apricot, paling prettily towards the edges, lending a certain radiance. Beginning as striking, red-tipped buds they gradually open to reveal large informal rosettes, each with ruffled petals and a button eye. Maintaining their beauty throughout their time in flower, they are very resistant to rain damage and the petals drop neatly. There is a lovely, medium-strong fragrance, which combines classic tea with a fresh note of cucumber and a hint of kiwi.’

It’s no wonder this rose is named after Dame Judi Dench as Austin went on to describe the rose as being particularly tough. A vigorous grower, it produces strong, arching stems which, over time, form an attractive mound of blooms. The arching stems encourage many side shoots, which quickly produce a generous second crop of blooms.

Beautiful and tough. Sounds like they came up with the perfect rose for the perfect Dame, don’t you think?