Case Histories and Harry Potter star, Jason Isaacs, is set to boldly go where no man has gone before. Well, actually, no man except for William Shatner and Patrick Stewart. Isaacs, who is sure to be a familiar face to public television fans as the brooding Scottish private detective, Jackson Brodie, in Case Histories, has signed on to play Captain Lorca, captain of the Starship Discovery, in the upcoming Star Trek TV series, which is set a decade before the original 1960s show that starred William Shatner and Leonard Nimoy. 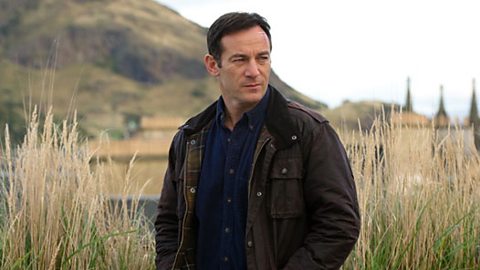 While Isaac will be leading the Starship Discovery into the final frontier, his role in the Star Trek universe might not be quite as big as his Star Trek franchise predecessors William Shatner’s Captain Kirk or Patrick Stewart’s Captain Picard. According to numerous reports, Star Trek Discovery‘s story will focus more on the ship’s lieutenant commander Rainsford, played by Sonequa Martin-Green from The Walking Dead. Maybe that’s why Isaacs seemed more concerned about his seat at the helm of the Starship Discovery than worrying about his adventure into the final frontier with this pic on Twitter recently. 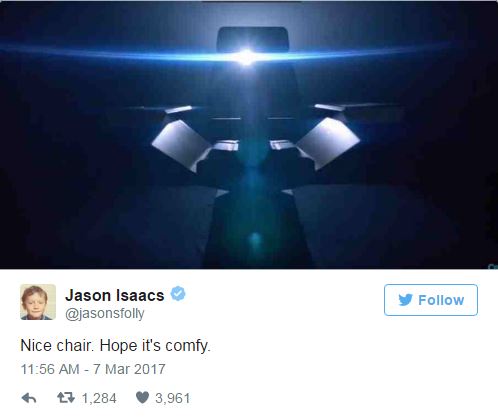 Mary Wiseman, who stars in the current Netflix western crime drama series Longmire, has joined Star Trek Discovery as Tilly, a fresh-from-the-academy cadet finishing her final year with field training aboard the Discovery. British actor, James Frain (Gotham, The Tudors, True Blood) stars as Sarek, A Vulcan ambassador/astrophysicist, and the father of Spock, played originally by Leonard Nimoy and later by Zachary Quinto in the film versions. Frain appears as a younger version of the character who was first portrayed by Mark Lenard in the original Star Trek series.

On the good news/bad news front for Star Trek-Nation, the series has suffered throughout development from a number of production delays. Originally set for a February 2017 premiere which was then shifted to May 2017, production began in late January 2017 so look for Star Trek Discovery with Jason Isaacs at the helm later this year on CBS.