Crime writer Colin Dexter, the creator/author of the ‘Inspector Morse’ books died peacefully at his home in Oxford yesterday. Overall, Dexter wrote 13 Morse novels between 1975 and 1999. They were later adapted for the long-running ITV series of the same name and starred John Thaw. The author worked closely behind the scenes of the Inspector Morse series and later became a consultant on Lewis, the sequel starring Kevin Whately, which ran for nine years. Combined, the Inspector Morse and Lewis television franchise was responsible for 66 feature length stories and specials, split evening between the two. 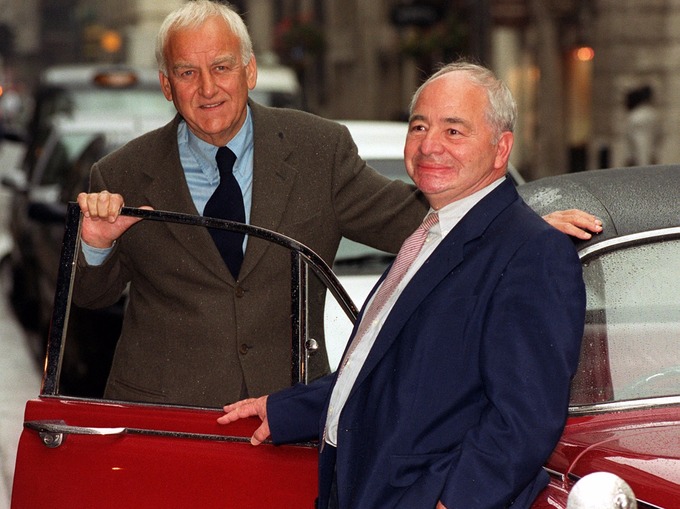 Dexter moved to Oxford in 1966 following a career as a Latin and Greek teacher. He wrote his first Morse novel, “Last Bus to Woodstock”, in the early 70s while on holiday in Wales. After 33 episodes, the fictional detective was then killed off in the final book, “The Remorseful Day”. Aside from creating and writing all 33 Inspector Morse episodes, in true Alfred Hitchcock fashion, Dexter made uncredited cameo appearances in all but three of the episodes over the 7 series and 5 specials. Often referred to as the quintessential British detective, Morse was brilliantly portrayed by John Thaw much to the delight of millions of fans of Dexter’s creation over the years.

Also considered one of the key creative forces behind Endeavour, the current ‘prequel’ to Inspector Morse starring Shaun Evans as a young Endeavour Morse, Dexter received an OBE in 2000, for services to literature, and a Cartier Diamond Dagger, awarded by the Crime Society for his outstanding contribution to the genre, in 1997.

Endeavour just finished its 4th series run in the U.K. and will return to the PBS schedule in America this Summer. Also set in Oxford, the prequel follows a young Endeavour Morse as he begins his career as a Detective Constable with the Oxford City Police CID.

In addition to his being at the top of list of British crime writers, Dexter was also a crossword enthusiast who also published a book on the topic in 2010. He was also very open about his putting a fair bit of of himself into his most famous character as the world watched Morse evolve over the years. “Morse evolved as I wrote. Like me he is diabetic, an atheist and a lover of music and art,” commented Dexter.