The greatness that is Red Nose Day 2017 descended upon the U.K. last night with their usual brilliant sketches highlighting the comic genius of many folks familiar to us all. First up has English theoretical physicist, cosmologist, author and Director of Research at the Centre for Theoretical Cosmology within the University of Cambridge, Stephen Hawking, embarking on a nationwide search for a ‘new voice’. Hawking has had the same trademark voice for 30 years and has now decided it’s time for a change. 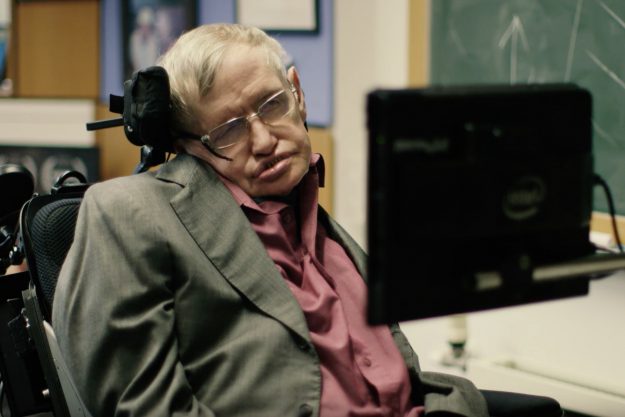 Featuring clips of the golden tones of Liam Neeson, Felicity Jones, Simon Cowell, Rebel Wilson, John Boyega, Eddie Redmayne, Kylie Minogue, Gordon Ramsay, Stephen Fry, Bill Gates and many more, the sketch shows Hawking summarily dismissing the star-studded line-up of hopeful contestants to be his new voice. One does have to wonder how Hawking could so easily dismiss Liam Neeson following an impassioned effort by the actor. “Listen to my voice. It’s deep. It’s sexy. It’s got a tinge of physics,” says the Star Wars actor.

In the end, the choice was clear as the new Stephen Hawking addressed an anxious awaiting packed house unveiling his new voice. Personally, I happen to think he made the right decision. But is it really him or could it possibly be Rob Brydon or Steve Coogan? Regardless of the outcome, let’s hope Mr. Hawking has had the foresight to warn Dr. Sheldon Cooper. You know how he hates change….