Patricia Routledge experienced a day Hyacinth Bucket could only dream about this past week at Buckingham Palace where she received her award recognizing her life-long service to the theater and charity. One can only imagine a 21st century Hyacinth answering the slimline telephone with automatic redial…”The Bucket residence, the Dame of the house speaking!” hoping upon hope that it would be Mrs. Councillor Nugent, Lydia Hawksworth or Mrs. Barker-Finch on the other end of the line and not someone looking for the Chinese takeaway. 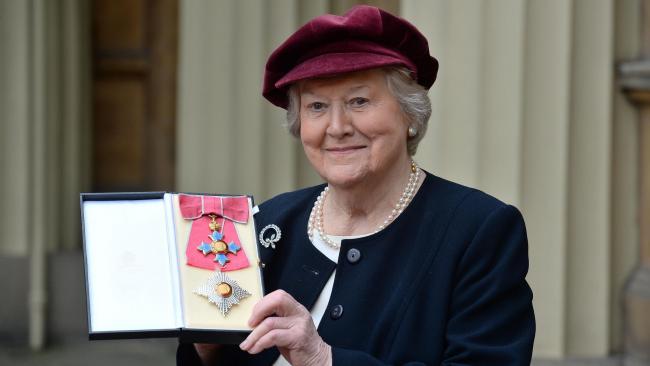 The Keeping Up Appearances star, 88, was made a Dame Commander of the British Empire and was honored by Charles for her six plus decade career in theater and her endless charity work, who she said was ‘pleased’ to see her receive the title.

Following the ceremony, Dame Patricia told the Press Association: “I’m still in a state of surprise and very thrilled, and very thrilled that the Prince of Wales is here today because he just loves actors and he is our much-appreciated patron of the Actors’ Benevolent Fund.” She added, “He said, ‘at last somebody’s noticed’. He said how pleased he was, and a little more.” 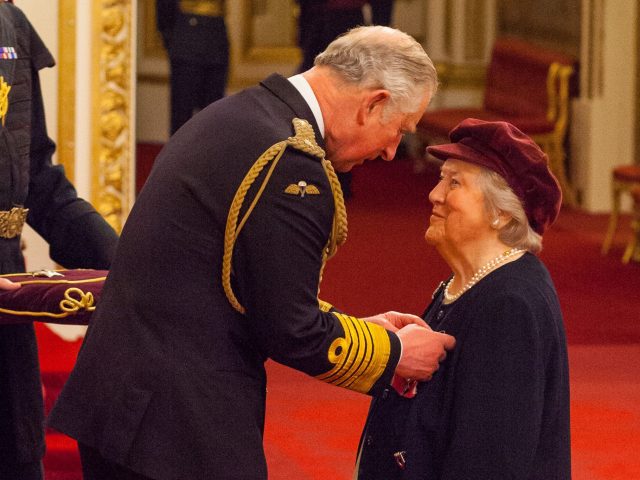 What will she do with the award? Well, in very non-Hyacinth-like fashion, Dame Patricia said she will keep her medal safely stowed in a drawer, but she admitted she was going to show it off later in the day. “I shall show it to people at lunch, obviously,” she said, revealing that she is celebrating by hosting a lunch party for 20 people.