Based on the highly successful, best-selling novel series by M. C. Beaton, the British comedy-drama Agatha Raisin is set to cross the Atlantic this month on public television. Originally broadcast as a one-off pilot, Agatha Raisin and the Quiche of Death, the program was commissioned for a new 8-part series that will premiere on American public television stations in the not-too-distant future. FYI, KERA TV in North Texas will premiere Agatha Raisin Saturdays at 7:00p CT beginning this Saturday, April 8. 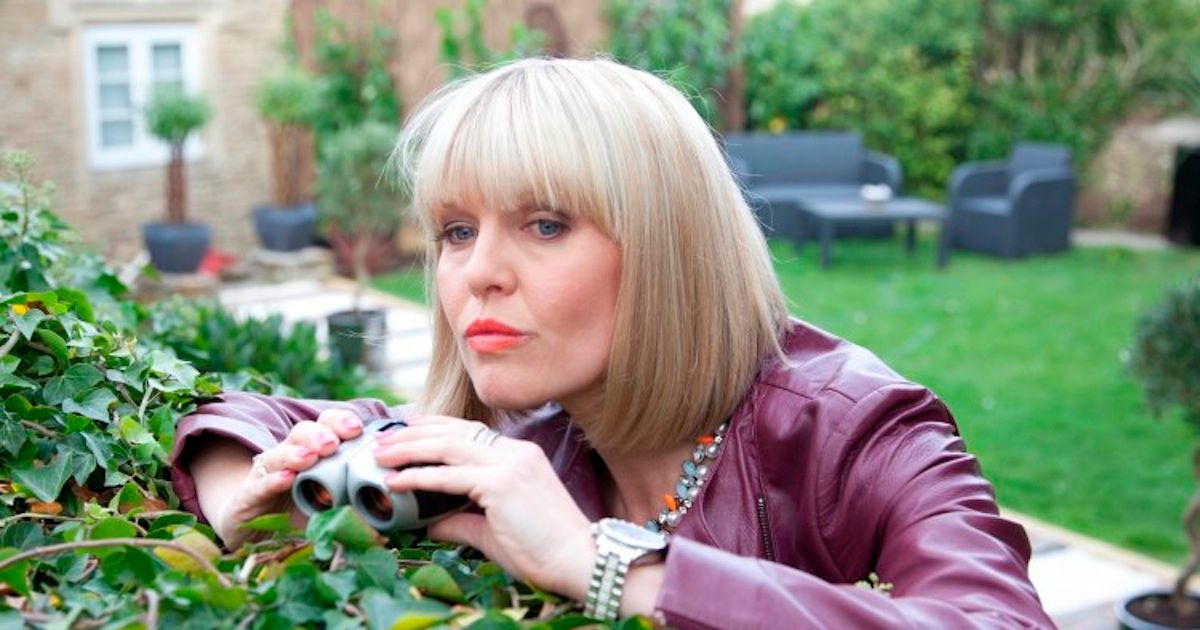 To celebrate the KERA premiere, the publishers of M.C. Beaton’s Agatha Raisin books, St. Martin’s Press, are making a very generous exclusive offer to download Agatha Raisin’s First Case ebook to anyone that provides an email address. It’s a great way to introduce public television fans of good telly to Agatha prior to the series premiere! Just click here, provide your email, download the ebook and begin your Agatha Raisin adventure.

The eight stories confirmed for the new set of mysteries are based on M.C. Beaton novels, “The Vicious Vet”, “The Potted Gardener”, “The Walkers of Dembley”, “The Wellspring of Death”, “The Day the Floods Came”, “The Witch of Wyckhadden”, “The Murderous Marriage” and short story “Hell’s Bells”.

Agatha Raisin premieres Saturday, April 8 at 7:00p on KERA TV in North Texas. Look for the series to begin on other public television stations across the U.S. this month.