Once again, to the delight of longtime Poldark fans, the original Captain Ross Poldark, Robin Ellis, has taken a break from his home in the picturesque French countryside and put aside his culinary passions for a brief moment to appear the new series of Poldark as Reverand Halse, the clergyman with whom Ross shares the coach on his journey home to Nampara from Truro in the opening scene of the first series.

And, once again, we have the great good fortune to be on the receiving end of several exclusive pics from the S3 production set of Poldark, courtesy of Robin’s brilliantly wonderful wife, Meredith Wheeler. Imagine, TWO Captain Ross Poldark’s in the same room and on the same set at the same time! 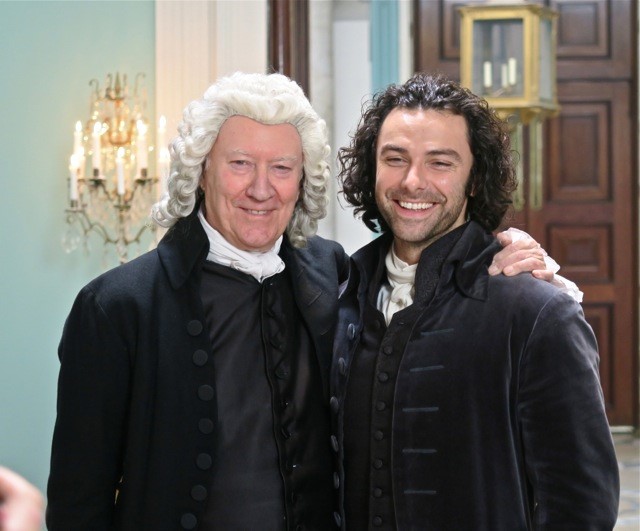 For series 3 which will air this June on BBC1 and then have its U.S. premiere on Sunday, October 1 as part of PBS’ Masterpiece series, there will be a few new faces (including a sex-crazed vicar and Demelza’s brothers) popping up. Not to worry, however, there’s still plenty of Ross and Demelza, Ross and Elizabeth and an anxious-looking George to keep you grounded until the new series begins.

Sadly, the brilliant Phil Davis, who played Ross’ servant Jud Paynter, will not be back for series 3 but his on-screen wife Prudie (Beatie Edney) will be. Demelza’s (Eleanor Tomlinson) long-lost brothers Drake (Harry Richardson) and Sam (Tom York) are set to shake things up when they arrive in Cornwall. Also joining the cast is Ellise Chappell, who will play Elizabeth’s (Heida Reed) cousin Morwenna.

Most likely based on Winston Graham’s next two novels in his ‘Poldark’ series, “The Black Moon” and “The Four Swans”, Poldark scriptwriter Debbie Horsfield talked series 3 briefly with the Radio Times recently, “Ross is older but not necessary wiser, and his recklessness sometimes costs him, and his loved ones, dear. We’re in for a rollercoaster ride where the stakes have never been higher.” 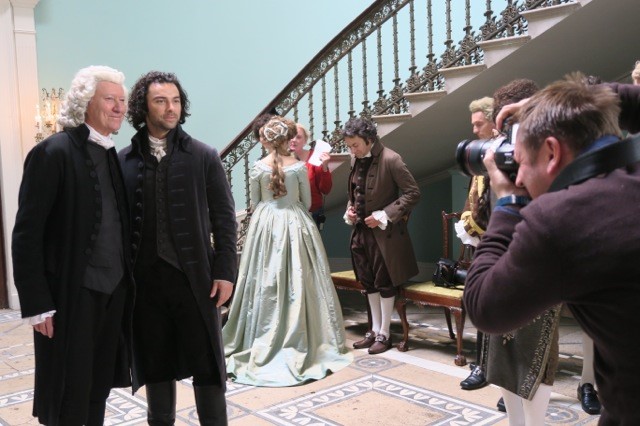 Fans of the 18th century drama will remember that the end of Poldark S2 left many questions unanswered as newly-married Elizabeth found herself pregnant without knowing the identity of the father while Demelza reconciled with Ross. Questions remain, however, as even though she forgave him for his affair, will their marriage will last when Elizabeth’s baby is born?

Meanwhile, the evil personified George Warleggan (Jack Farthing), who narrowly avoided a mob lynching, plotted to send Elizabeth’s young son from her marriage to Francis (Kyle Soller) away to boarding school and the fate of Aunt Agatha (Caroline Blakiston), who suspects Elizabeth’s unborn child is Ross’, is still not known. 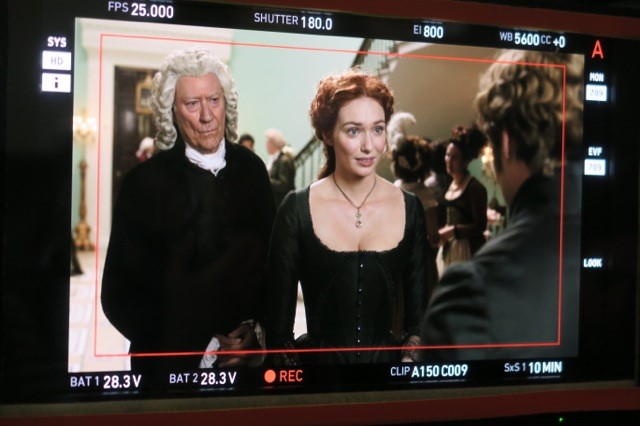 For Tellyspotting readers in the U.K., you probably cruised right by the reference above that series 3 of Poldark will return this June on BBC1. I’m guessing this is due, in large part, to not wanting to go head-to-head with ITV’s second series of Victoria, starring Jenna Coleman this September. Last year, series 2 of Poldark took it on the chin a bit when airing opposite the inaugural series of Victoria, so the earlier date will attempt to avoid viewers having to make a choice between the two this time around.

While this is great news for U.K. fans of the series to have their Poldark separation anxiety end a bit earlier this Summer, U.S. fans will need to stay off social media for a bit longer this year as opposed to last when the BBC and PBS broadcasts were only weeks apart. Hopefully, Meredith’s photographic efforts on the set, which she graciously shared with Tellyspotting to share with you, will help us all pass the time until June and/or October.  Thanks, Meredith! It will be great to welcome back Robin, once again, to the world of Poldark!

Poldark S3 returns in June on BBC1 and Sunday, October 1 on PBS.