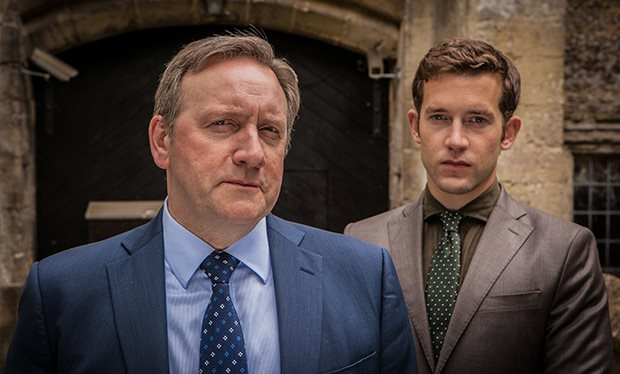 The UK’s longest running contemporary detective drama series, Midsomer Murders, is celebrating two decades of murder in the picturesque, but deadly, countryside of Midsomer as filming begins next month on the 20th anniversary series. Neil Dudgeon returns as DCI John Barnaby for his seventh year in the role alongside Nick Hendrix, who is back as DS Jamie Winter. Joining the series will be new pathologist, Dr Fleur Perkins, played by Annette Badland (EastEnders, Outlander) who will assist Barnaby and Winter in their relentless pursuit of justice.

Based on Caroline Graham’s Chief Inspector Barnaby book series, Midsomer Murders has been running on ITV since 1997. Also returning will be Fiona Dolman as Sarah Barnaby and, thankfully, Paddy the dog as the Barnabys’ faithful canine companion. Like New Tricks, the Midsomer Murders franchise has been able to whether a number of principle cast changes over the years. Dudgeon, as DCI John Barnaby, is the younger cousin to DCI Tom Barnaby who was played by the great John Nettles since the beginning. Cousin John began his efforts to make the village streets of Midsomer safe in 2011 (series 14) and has been in the lead role ever since.

Nick Hendrix is a relative newcomer to the villages of county Midsomer having only joined the series at the end of 2016 and will replace Gwilym Lee, who played DS Charlie Nelson for the past three series. The Barnabys (Tom and John) have worked with several different sergeants throughout the 19 year run of the show including Sgt Gavin Troy (Daniel Casey), Sgt Dan Scott (John Hopkins), Sgt Ben Jones (Jason Hughes), Sgt Charlie Nelson (Gwilym Lee) and currently, for series 20, Sgt Jamie Winter (Nick Hendrix).

Cast changes were not solely limited to those on the series with two legs as DCI Barnaby’s former canine companion Sykes, hung up his lead and retired at the end of series 18 after five years on the show. New rescue puppy, Paddy replaced Sykes at the beginning of last season. At the time, Dudgeon said: “I will miss working with Sykes for many reasons. He is the consummate professional and like most actors will do anything for a sausage.”

From the outset, Paddy had big doggy shoes to fill (all four of them) as Sykes was no stranger to the camera having appeared in numerous films including Sweeney Todd: The Demon Barber of Fleet Street, The Other Boleyn Girl, Young Victoria, The Dutchess, Alexander, Prince of Persia: The Sands of Time, Pirates of the Caribbean: The Curse of the Black Pearl, The Wolfman and Clash of Titans. Prior to his stint on Midsomer Murders, Sykes’ first TV series was a brief disobedient role in Return to Cranford in 2009. The story of Sykes reads a bit like those stories of Hollywood actresses being discovered while waiting tables in Hollywood. Sykes, a Jack Russell terrier, was originally found roaming as a stray by stunt dog specialist Gill Raddings in 2004. After a few adverts, as they say, the rest was history. 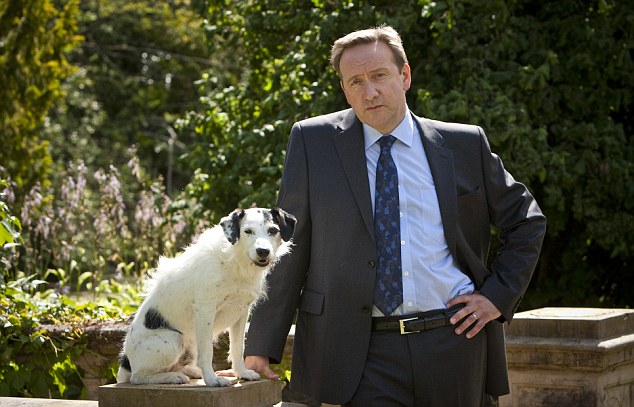 With one complete series under his belt, Paddy feels right at home in Midsomer. Dudgeon seems to have welcomed the two-year old terrier cross with open arms. “Paddy has tremendous spring. He is a friendly chap and, just like Sykes, very well trained. He has a lovely temperament. He is young, but calm and ‘chatty’ with everyone. What’s lovely is that he gets on with Abbie and Georgia who play my character’s daughter Betty. He naturally seems to seek out the small person, roll and get his belly tickled. They’d barely met, but he looked like the family dog from the off, ” said Dudgeon. 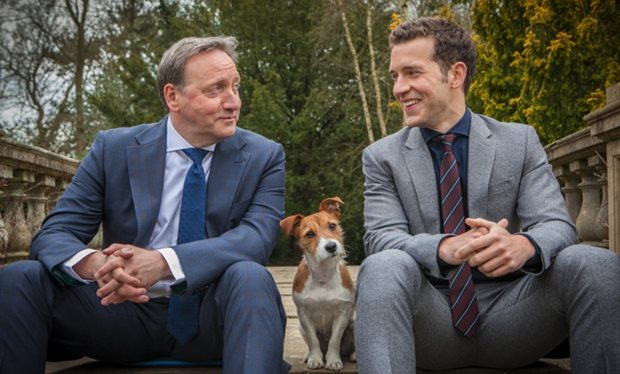 Midsomer Murders will return later this year on ITV.