Living vicariously from 5000 miles away, the BFI & Radio Times Television Festival took place this past weekend and, as usual, there was no shortage of brilliant bits and bobs for those interested in British television of any genre. Fresh off his most recent effort of flawlessly bringing the fictional French police detective, Jules Maigret, back to life in “Maigret’s Night at the Crossroads” which will air Sunday, 16 April on ITV, Rowan Atkinson immediately turned the conversation to a personal favorite of mine, Blackadder. 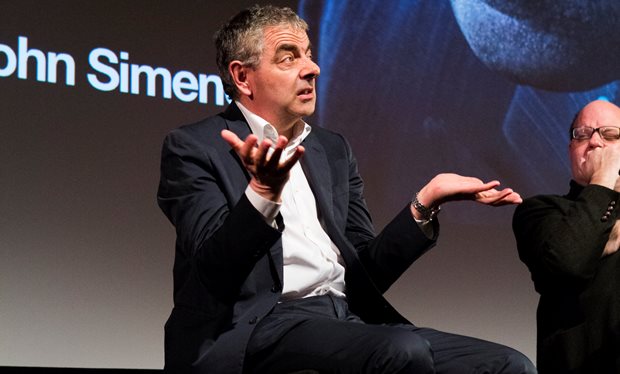 Much to the delight of the packed house, Atkinson revealed there was once a treatment written for a version of the classic comedy with Rik Mayall playing Rasputin (insert head spinning here). Set during the Russian Revolution, ‘Redadder‘ never really got beyond the treatment stage for reasons that one can only imagine.

“There was a plan twenty years ago that got nowhere which was called Redadder which I quite liked. It was set in Russia in 1917 and Blackadder and Baldrick were working for the Tsar. They had blue stripes around their caps and then the Revolution happened and Rik Mayall unsurprisingly was playing Rasputin. After the Revolution they are in exactly the same office and they have red caps. And it was quite a good idea and it was filmic in scale,” Atkinson told Mark Lawson.

Sadly, Atkinson did end his Blackadder portion of the interview by telling the audience that ‘…there are no plans to do anything’ with respect to any new Blackadder efforts at this time. Guess I’ll just have to imagine the idea that has floated around for years where Edmund Blackadder finds himself in 1960s London as part of a Beatles-ish rock band with Bald-Rick as the drummer.

With that, I leave you with one of the best bits from Blackadder past…