April or not, it continues to be Christmas on a daily basis when it comes to British drama headed to PBS whether it comes from the BBC or ITV. The most recent package under the tree to be unwrapped, Remember Me, will air beginning Sunday, July 16 on PBS and continue for the next two Sundays. Remember Me features the return of the greatness of Michael Palin in his first dramatic lead role in over 20 years. Written by Gwyneth Hughes, (The Girl), Remember Me provided a bit of both excitement and nostalgia for Palin. 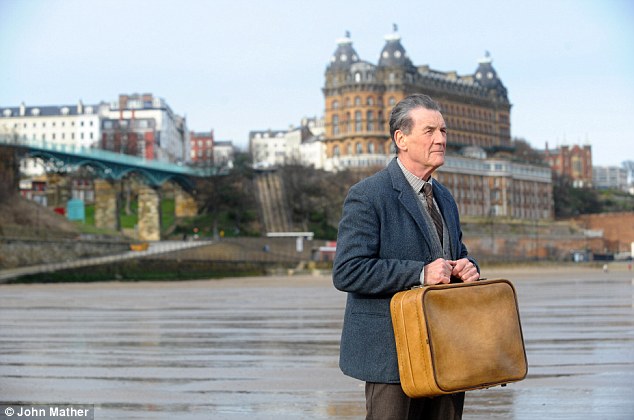 For someone that has had an asteroid named after them (Asteroid 9621 Michaelpalin), has not one, but two high-speed Virgin trains named after him in honor of his achievements as a traveler, is past a President of the Royal Geographical Society and has been ‘unofficially’ referred to over the years as “Britain’s Nicest Man”, Michael Palin still gets excited about a new challenge. “This is my first lead role in a TV drama series since G.B.H. It’s also a return to Yorkshire, where I was born, brought up and learnt my acting in amateur dramatics“, Palin said.

During filming, which was slotted in between his final preparation for the final live Monty Python shows in Summer 2014, Palin also witnessed another rather startling flashback to his youth. “I was wearing clothes right out of the 1950s. Big clompy leather shoes, a checked shirt and woolen cardigan, with a tweed jacket, and I realized I looked exactly like my father”, Palin recalls.

In Remember Me, Palin plays Tom Parfitt, a frail, old Yorkshireman seemingly alone in the world, whose admittance to a nursing home triggers a series of inexplicable events. On the day elderly Tom Parfitt leaves his home to move into residential care, he becomes the sole witness to a violent death. His teenage care assistant Hannah, played by My Mad Fat Diary‘s Jodi Comer) and investigating police detective Rob Fairholme, played by Mark Addy (Game of Thrones, The Full Monty, Trollied, Atlantis), try to unravel the riddle of his mysterious history and are drawn into an eerie and dangerous world of lost love and betrayal. Remember Me also stars Julia Sawalha (Absolutely Fabulous, Lark Rise to Candleford) as Hannah’s troubled mother.