The Tunnel, the British/French crime drama television series, adapted from the 2011 Danish/Swedish crime series The Bridge, will return to PBS this Summer (June 15 to be exact). The Tunnel: Sabotage will see the return of the brilliant Anglo-French detective duo played by Stephen Dillane (Game of Thrones) and Clémence Poésy (Harry Potter). New to the scene for series two will be Emilia Fox (Silent Witness), Clarke Peters (The Wire), Paul Schneider (Parks and Recreation) and William Ash (Shameless). 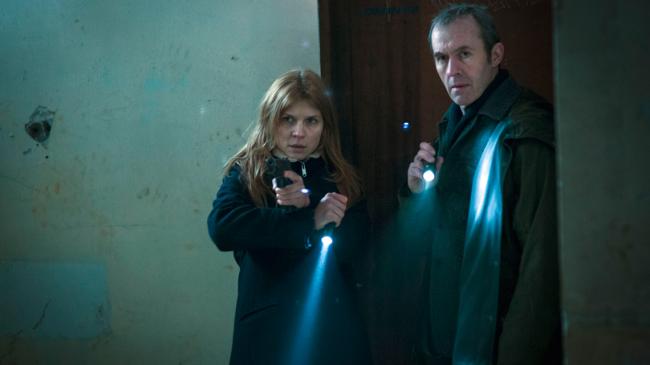 In series two, The Tunnel: Sabotage will center around a devastating plane crash in the English Channel killing everyone on board. The cross-border team, headed by the newly promoted French Commander Elise Wasserman (Poésy) and British DCI Karl Roebuck (Dillane), are, once again, thrown together to dig through a field of debris and clues up and down the coasts of Kent and Northern France via the Eurotunnel.

The duo had gone their separate ways following the events of series one but two seemingly isolated events reunite them after a French couple are abducted from the Channel tunnel, leaving behind a traumatized small child and the subsequent Channel plane crash.

For American viewers who may be feeling a bit left out at this point given you haven’t had the good fortune of seeing the first series of The Tunnel, here’s a bit of behind the scenes so you can quickly play catch up before June. Along with the current series Line of Duty which ends this Sunday on BBC1, The Tunnel is brilliant telly and is well worth your time.

The Tunnel: Sabotage heads to PBS beginning in June 2017.