Dame Judi Dench and Sir Ian McKellen have unveiled a blue plaque commemorating the London home of stage and screen star Sir John Gielgud. The English Heritage plaque at number 16 Cowley Street in Westminster marks the brown brick Georgian townhouse where Sir John lived for 31 years, from May 1945 to February 1976. 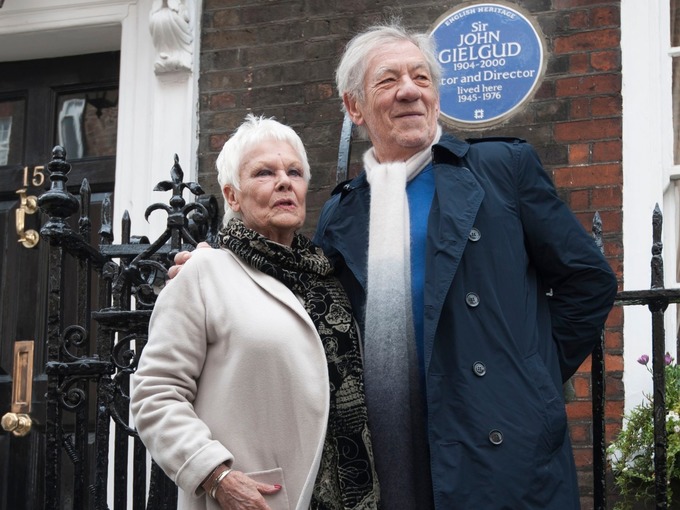 Started in 1866, the ‘blue plaques’ effort is considered to be the oldest effort in the world designed to celebrate the links between notable figures of the past and the buildings in which they lived and worked. 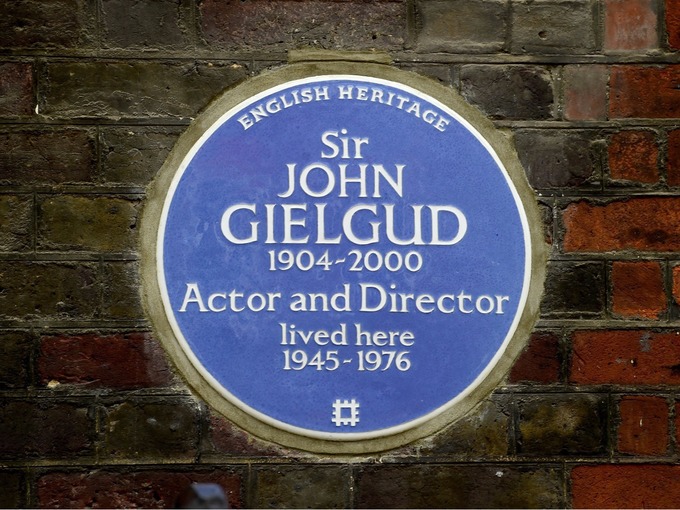 Sir John dominated the British stage throughout most of the 20th century and appeared in more than 100 films in a career which spanned more than 75 years. He was renowned for his Shakespeare performances, and was also one of only a handful of people to receive an Oscar, a Grammy, an Emmy and a Tony award.

Dame Judi paid tribute to her long-time friend and colleague. “I worked with John Gielgud in The Cherry Orchard, when I played Anya and he was Gaev. The director, Michel Saint-Denis, gave me a very hard time and almost destroyed my confidence. But at one rehearsal, as we exited at the end of Act 1, Sir John said: ‘Oh, if you’d been doing that for me in one of my productions, I’d have been delighted.’ I was devoted to him for evermore. If you want to know how to speak Shakespeare, Sir John and Frank Sinatra will teach you. One presented the whole arc of a speech, and the other presented the whole arc of a song.”

Professor Ronald Hutton, chairman of the Blue Plaques panel, said: “Sir John Gielgud was one of the finest English actors of his generation. Beloved by his peers, he is remembered for his complete mastery of Shakespeare and is thought by many to have been the greatest Hamlet of the 20th century. Gielgud was always particularly fond of his house on Cowley Street and I am delighted to celebrate his long and varied career with a new English Heritage blue plaque here today.”

If you are a fan of all-things British, one of the fun things walking around London to do is to spot the random blue plaque and to be able to see where your favorite actors lived. Not too far from where we have been fortunate enough to stay for a number of years in Queens Gate, we spotted the blue plaque of comedian Benny Hill that was placed by the Dead Comics Society. 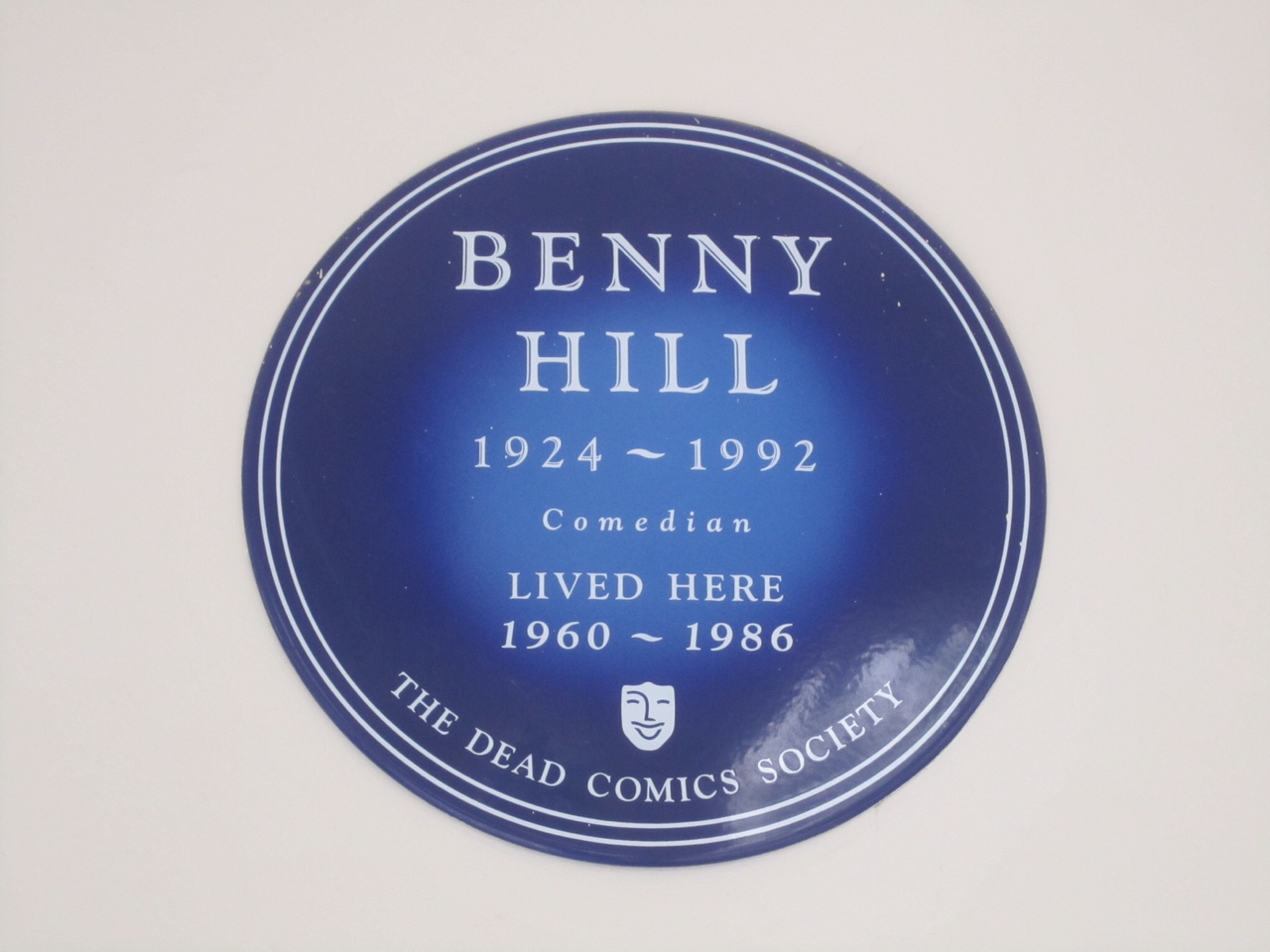 The primary activity of the BCS is to arrange, install and dedicate blue plaques honouring the lives and work of influential names within the world of British comedy. Beginning with Peter Sellers in 1991, the most recent BCS blue plaque was placed in 2015 to honor the life and brilliant work of Richard Briers.

Next time you find a blue plaque, take a photo and send it to us and we’ll post it with the location so other can search it out too!